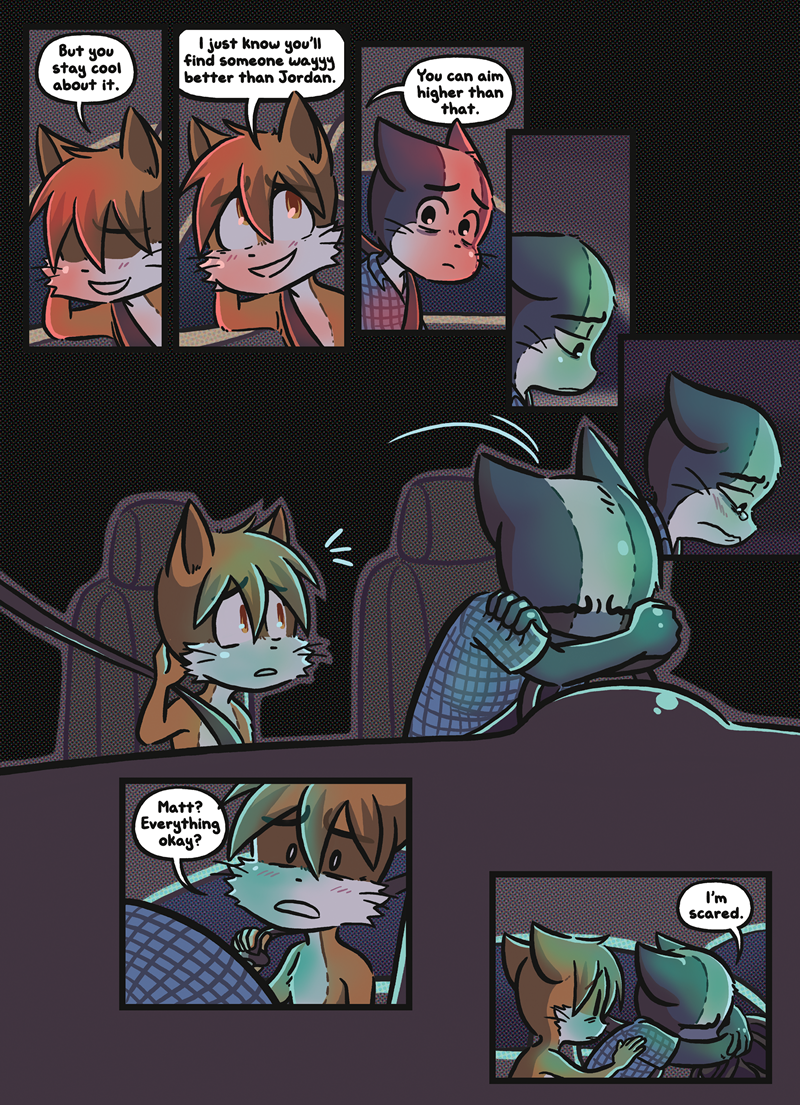 Veronica: ARE YOU READY FOR BLACK FRIDAY? We have an amazing deal for you!! It’s THE $89 FOR EVERY BCB BOOK EVER INCLUDING THE NEW ONE deal that is on the Kickstarter right now! You heard us! Only five days left! Better do it if you were about to forget!

paulo is worst character n this page alone confirms it

GOD WOULDN’T IT BE THE WORST! FOR THEM TO GET INTO YET ANOTHER CAR ACCIDENT TOGETHER!!! but they’re stopped at a red light so HOPEFULLY they’ll be fine, worst case someone doesnt see them stopped and bumps em from behind (in which case they’d prolly be okay!!)

related to the last anon i sent but not all bi ppl act the same either, idk i just don’t think we should expect paulo to be suddenly Wholesome and Totally Good when he’s never been that, he’s an idiot who fucks up and has to learn from it. paulo’s also very new at BEING bi and i don’t think he KNOWS how to act either?? so it’s just idk. idk. like i dont like that he did it but it doesn’t strike me as something he WOULDN’T do either paulo is dumb and has shit to work out like they all doi agree! it’s hard to watch because it’s SUCH a big negative stereotype and it’s never fun to see that in media, but like, i definitely feel like it’s in character. he’s a dumbass and is Bad when it comes to boundaries, so this is v much in line with his personality