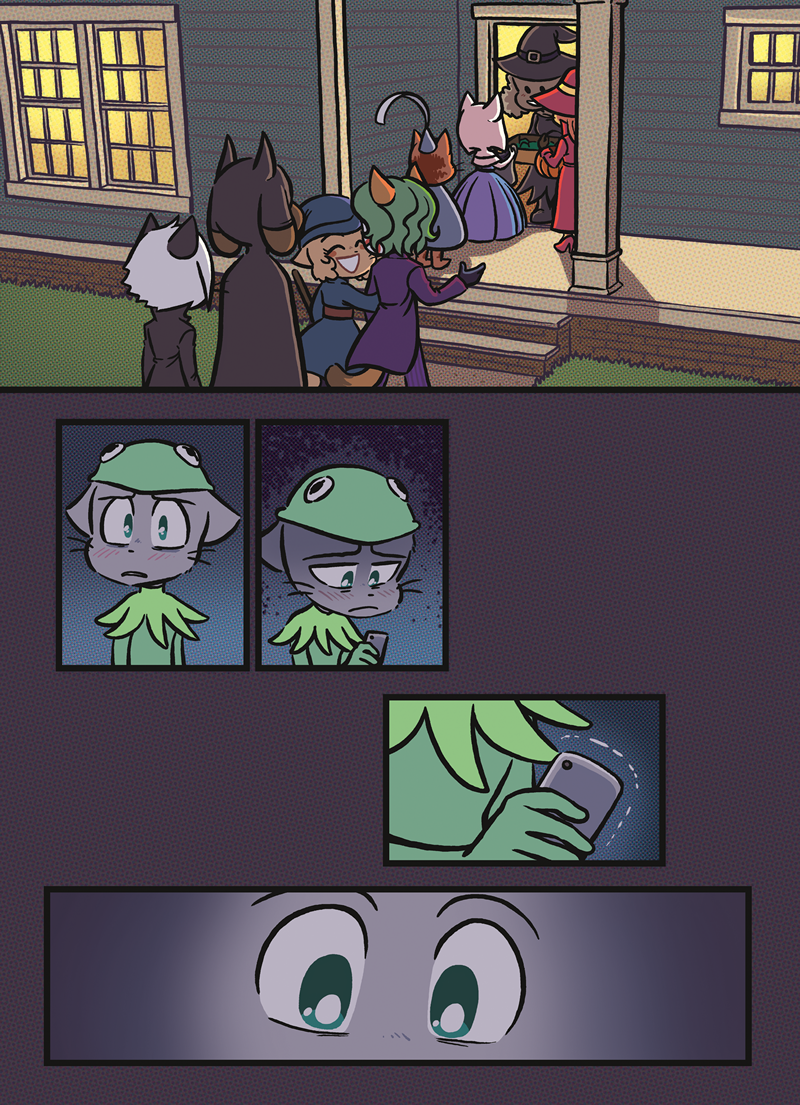 Oliver: it’s one of those messages that says “@bcbcomic shared 4 photos”, just like you he should really tap to see what Sandy has been posting on Instagram 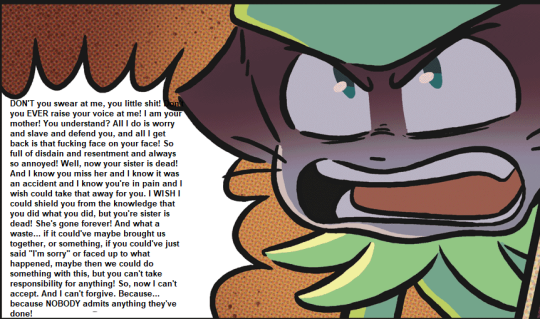 In contrast with Mike and Lucy, there isn’t a chapter that heavily elaborates on pre-Daisy chapter 1, where those two got their own chapters dedicated to their shared pasts with their internal monologue, Most of Daisy’s history with Sandy is mentioned briefly in some arcs involving her. Canonically Daisy and Sandy were to have been quite close when they were children with Daisy believing they were best friends. Two of those occassions where it was bought up occur in Rising Temperature and At Loose Ends where Daisy describes having fond memories of their relationship and Sandy having meant a great deal to her, to both Abbey and Augustus respectively. Taeshi had drawn a side comic called ‘Search for Treasure’ that ended up in Candybooru showing this bit of history as well.

https://askbcb.tumblr.com/post/128946115681yeah. i frankly don’t know where i’m at on how seriously we’re supposed to take the slapstick stuff. like….. everyone was hitting each other except forrrrrr Tess and Abbey and Augustus. their introduction was the beginning of the end of that era… and it seemed like some people moved out of said era quicker than others. but what’s the turning point that we’re supposed to focus on? was Daisy hitting Lucy to prevent her from saying something embarrassing to Mike bad or okay? was Mike yanking Paulo back by the tail to protect Lucy directly after the cheater stuff something bad? like so much of it isn’t covered, there’s a general theme of “hey we should take a closer look at these actions because they ARE not good” but i personally… feel like it should be […]

OOOOHHH THAT… is a really good point anon!!! i didn’t even think about it that way… it’s been very normal in my life to have friendships fade quickly, but Daisy *IS* constantly surrounded by people that have been friends since elementary school. so it probably DOES seem more normal to her… and probably makes her wonder even more if something’s wrong with her. BUT. i still think she should look around and be like “well these other friends clearly like me still, i’ve been friends with Mike and Lucy and Paulo and Davie since middle school and we’re all fine” (although definitely the first two are more ….. complex regarding their friendships with her. but still)