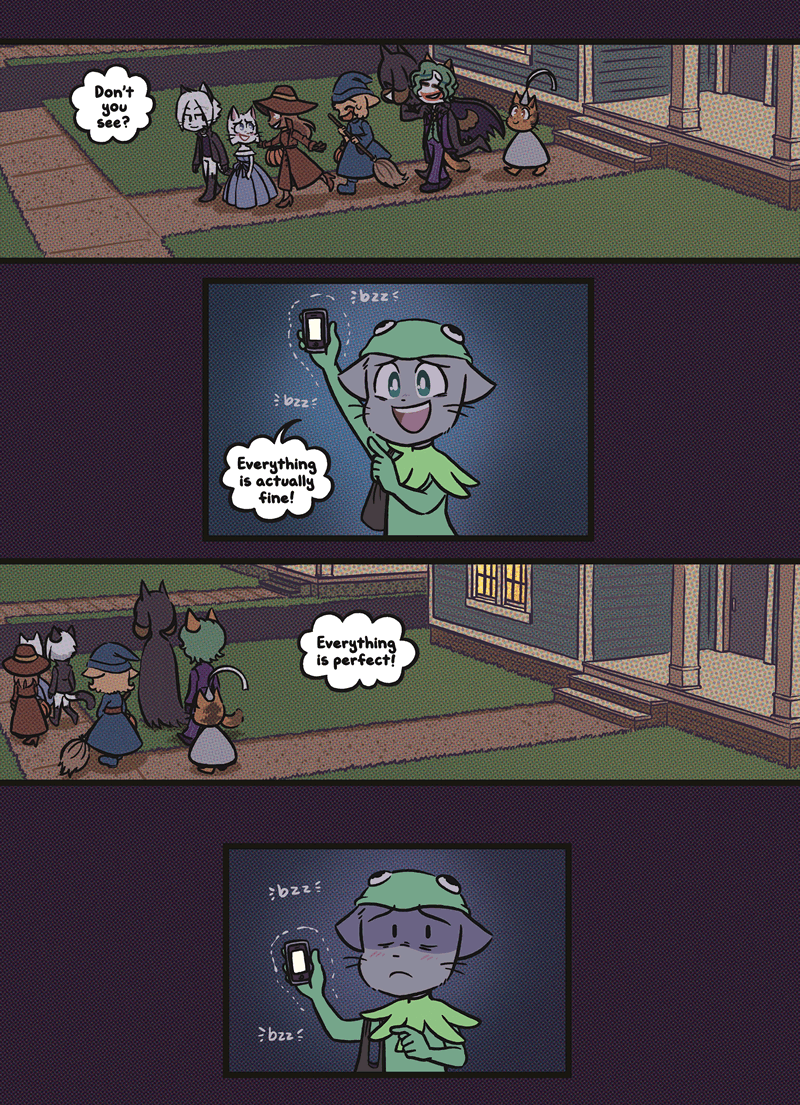 Oliver: An enormous news post to read on the BCB homepage today! Lots of little updates on things.

What if Sandy was the final boss?

I’m more than certain it’s going to be just that when it comes up to it. He hasn’t been forthcoming with how infrequent she’s been around.

IM ALSO EXCITED FOR THE NEXT PAGE I WANNA KNOW….. WHAT HAPPENS….. LET’S GET THIS BALL ROLLIN!!!!!that would be WILD……. it’d be such a turnaround from the attitude that he’s been clinging to for so long. i wonder what she would have to do for that to happen??? because at this point she’s like… already ignored him for weeks on end and snipped at him over multiple things… but he’s still steadfast in his admiration for her. so i wonder if she’s going to be the one doing the breaking up… or not! idk!! im on the edge of my seat!!! i’d imagine that if they DID break up in this specific conversation, it would be a sandy catalyst…. BUT…. maybe she’ll say something that will finally hit the switch!!