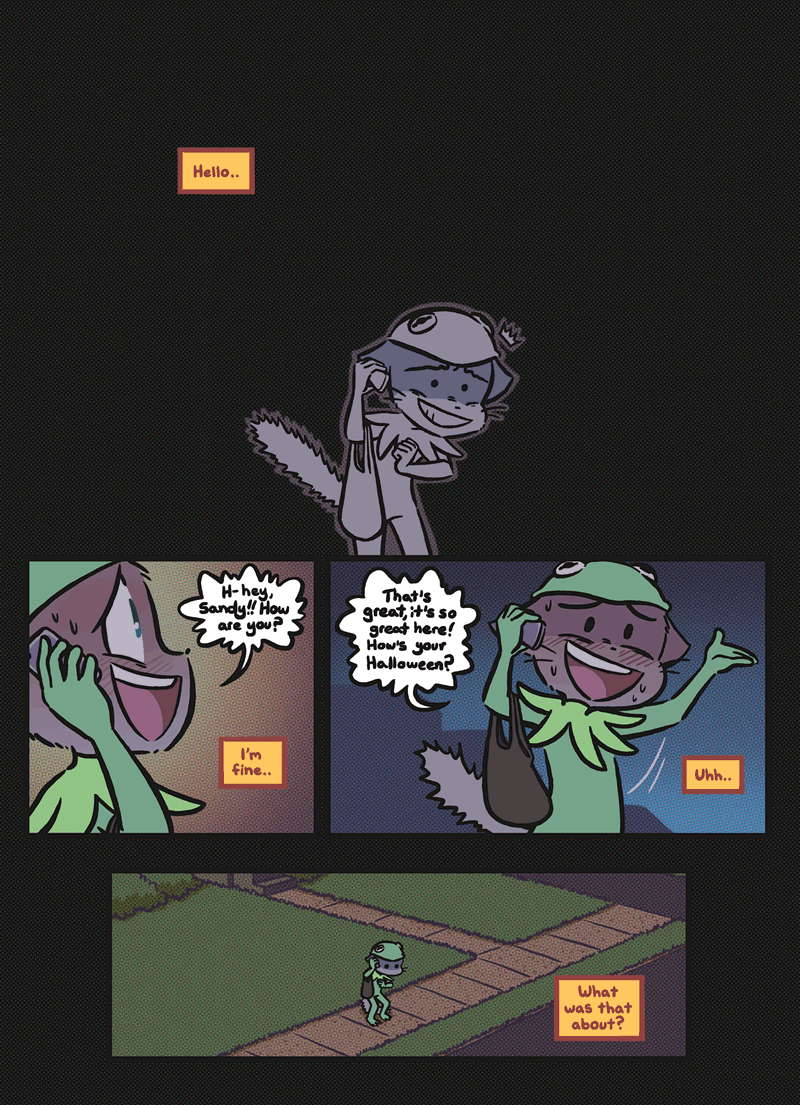 Veronica: I haven’t talked at all about how I really love Mike’s pathetic costume in this chapter. It feels so fitting.

im glad that Sandy brought up that she’s been… “not very good” to him but im absolutely Crumbling over the fact that Mike hasn’t said a SINGLE true word about his own feelings in this whole conversation. the refusal to even ADMIT that he has thoughts and feelings that aren’t compliant with who he thinks Sandy wants him to be… it’s bad! it’s so bad for this boy! he’s lying to everyone else AND himself, and i just desperately want him to admit to himself, at least, that he’s struggling

You haven’t been good to your friends either, Mike. BUT THAT’S NONE OF MY BUSINESS!