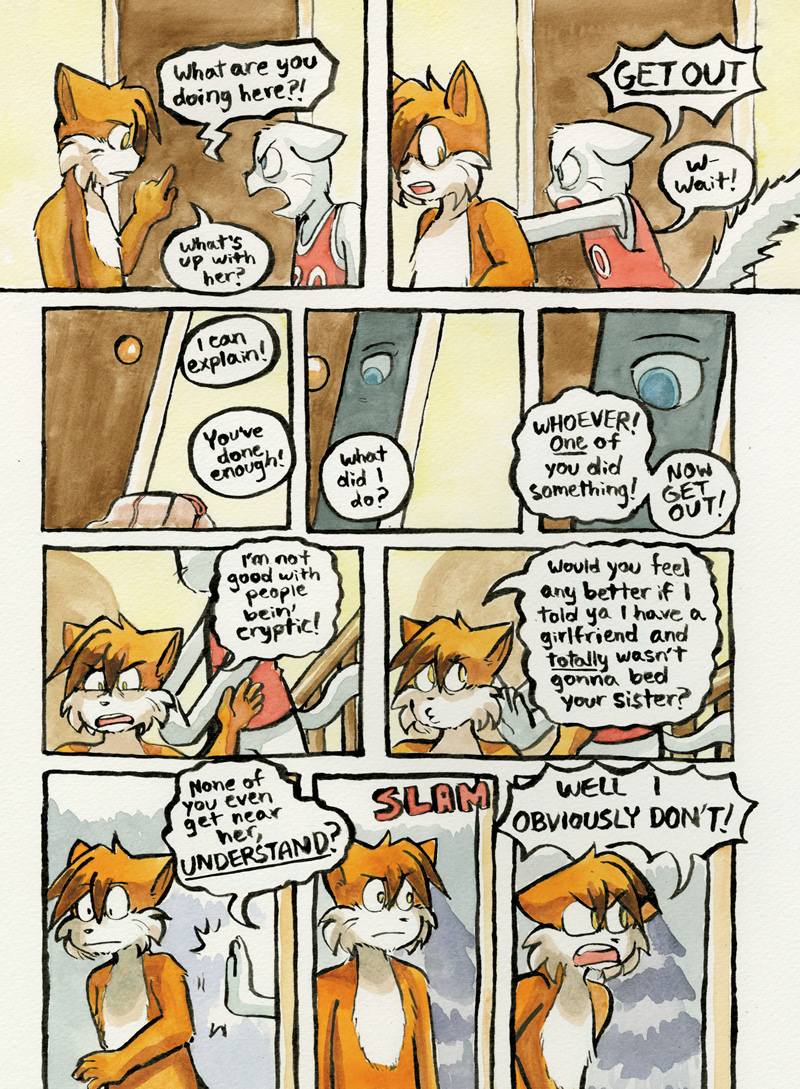 Does it enrage anyone else that Lucy doesn’t even say ANYTHING to stop him from kicking Paulo out? He’s clearly the only guy on the group who could actually give her any comfort, and it always pisses me off in anything when a character could stop something with one word but is too weak of a person to actually do it ><

I dunno, maybe I’m more just ticked because of how slowly these plotlines move and I have to wait two days (maybe more) to see any kind of reaction out of Lucy, but no matter what I’m watching/reading these situations really get at me

Come on, Lucy. Put two and two together. Mike was being mean to you, and far more harsh than he needed to be. And he’s dead wrong that you’d be left behind. Paulo cares about you, girl.

And he’s not the only one! You’ve got all sorts of friends and family that love you, Luce! You struck out with one guy, and crushes hurt, but you can totally move on and find someone that you can be with. Come on!

And yes, she got Cake. Everything is better with Cake. Except the knowledge that the Cake Giver might have considered bedding your sister. Paulo, really? You think saying that’s gonna keep you inside?

If Lucy sneaks out of her house and gives Paulo a hug, I’d probably have a heart attack.

interrogation denied :C. Though, it would’ve been more rational than pushing Paulo out of the house (literally), Jordan. You even JUST admitted you don’t know who did what. I don’t blame him for acting this way though, but it would’ve been better to ask him “what the hell”, and THEN kick Paulo out.

Also, I hope Paulo is sticking with whatever hunch he had about Mike at Tess’ party, AND picked up on Jordan’s comment on panel 5. Mike really needs to be punched at this point, really really badly. It’s been overdue since December.

Also, poor Lucy. It looks like she’s trying to digest what just happened, to then compare it with what Mike told her. Her eyes tell me she’s out of it, so maybe it would take a while for her to register that and reach a conclusion (which would hopefully get her to start pulling herself together). Or maybe she’s just looking at the cake thinking “Hm, its a piece of cake. I should probably eat it. It could be good for me.”? I don’t know. That depressed look of hers is worrying me more than I’ve been the last few chapters.