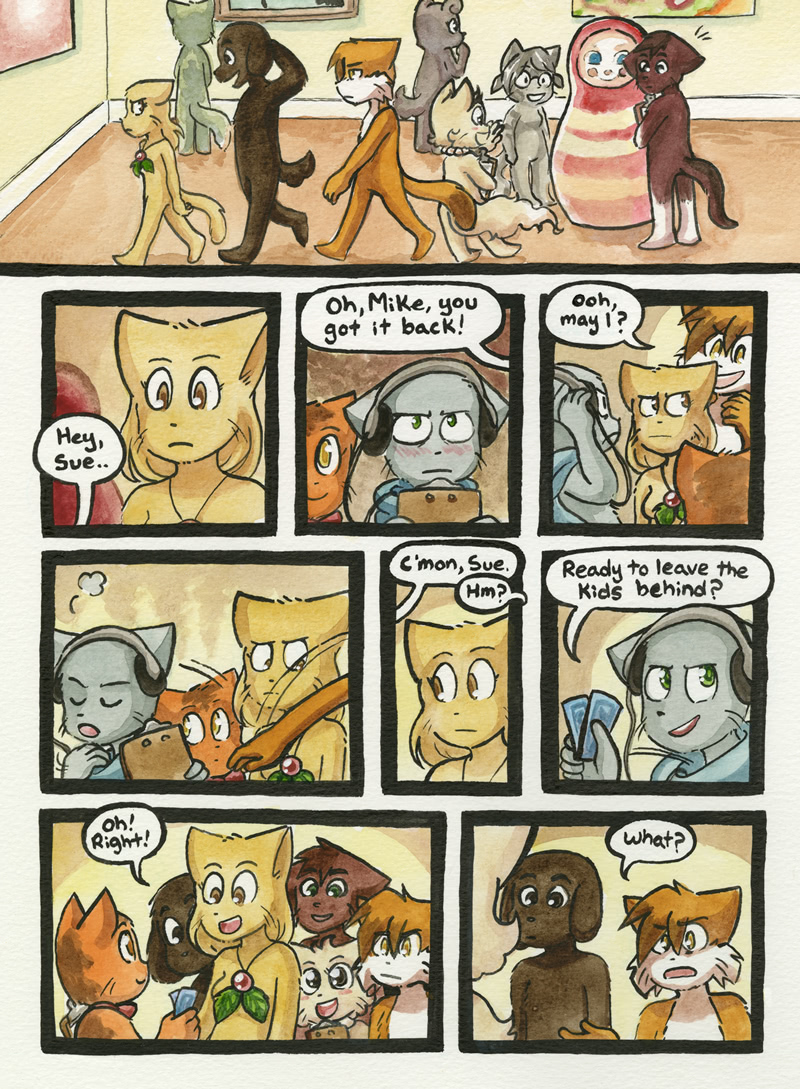 I'm at Anime Weekend Atlanta, by the way, the last convention I'll attend this year! Look for the BCB table in the artists' alley!

Haha, David on panel 1…dude, just ask her out already! The brainy girls might act like they don’t care, but they dig the silly guys! Come on David, hit that cat up…do it for SCIENCE!

I love how Paulo is STILL trying to go for the headphones! A+ for determination or just being plain bull stubborn, either way.
Also, did Mike just pull a “I am-putting-this-in-my-bra” move with the headphones, except it was with his scarf? because if so that’s kinda, lol, feminine of him. See, I told you Paulo was playing the male in their hidden relationship.
I also like Sue’s face on panel 5, as Paulo swipes for the headphones. It’s like she just saw the dumbest arm in her life so far swipe before her eyes.

So, by leaving the “kids behind”, I guess the “kids” are the ones on the last panel, huh? Or was he referring to everyone as “kids”, but Sue? Because if so, dang Mike, you trying to score some hearts with Sue? About time you saw who would give you the most stable and productive relationship out of them all. Of course, how are you going to break it to Paulo? He’ll probably just deck you in the face again.