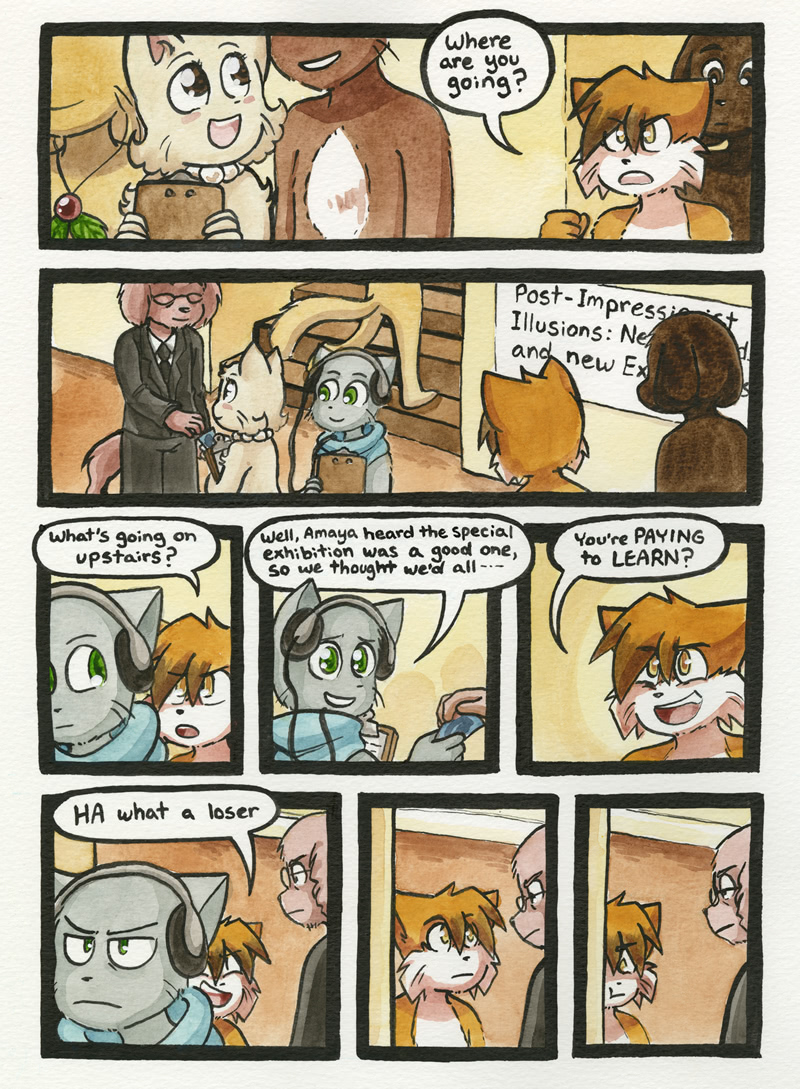 Veronica: who wants to learn these days

I guess Jasmine had a point when she pointed out Paulo’s immaturity.

Haha, look at dat Mike scowl on panel 6! It’s the kind of look someone makes when they need to get laid. He probably wished his darling Paulo would share his same enthusiasm about the Illusions exhibit, and it’s like they say…”Hell hath no fury like a scarf-wearing man scorned.”

Dat adult stare on the last few panels, though. Damn…it’s like he’s shooting laser beams through Paulo’s forehead. Also, I really like the expression done on Paulo’s face on panel 5. I especially love how the eyes are done, the slight rise of his cheeks, the brows, and the toothy “what an idiot!” smile/smirk/grin he’s got going on. Put it altogether and you get “I enjoy tormenting Mike because he’s so girly!”.

Seriously though Mike, you have to mount up a bit and show Paulo what’s what. Catch him off guard when he least expects it, maybe in the lockers room, and then slowly close in on him with devious green eyes for a kiss…hahaha, shoot me now!