New to Roseville High? We made a special page just for you! 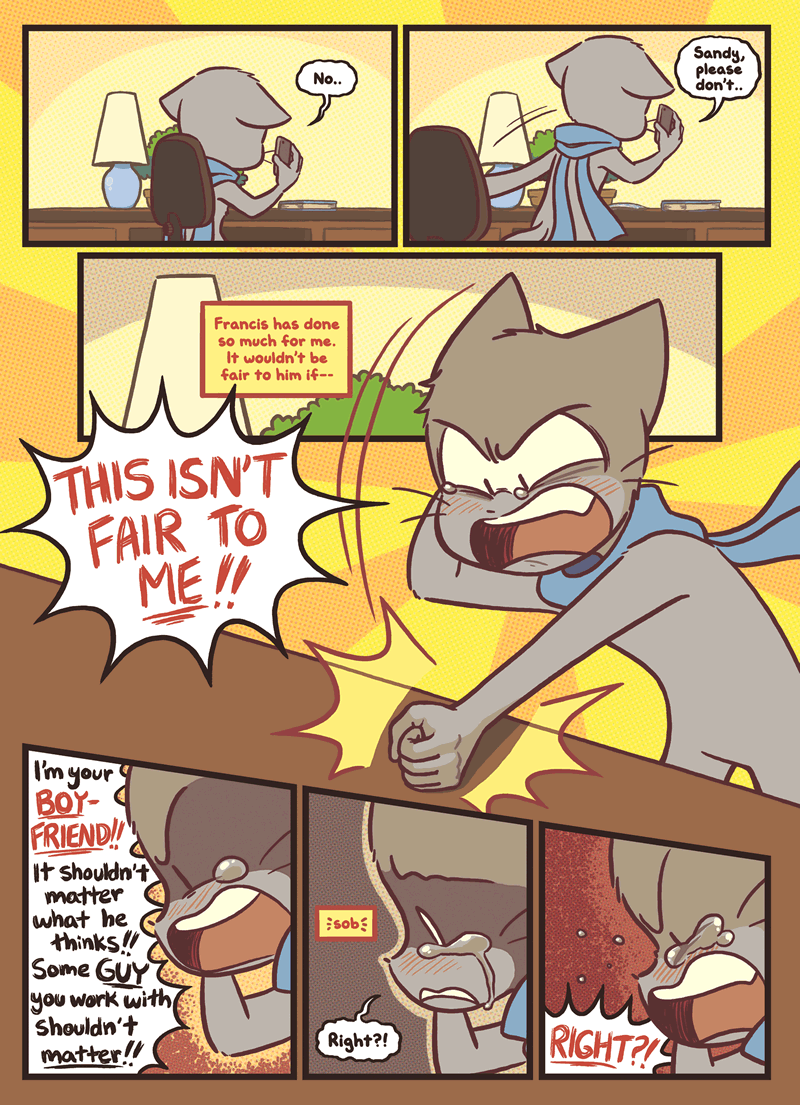 Veronica: honestly writing Sandy’s dialogue in the third panel made me react internally like Mike.

Airy Frith: sandy fans where is your god now

Read the next page today: Join the BCB Patreon!

Get the Weekly Roundup

Full BCB pages from the past week, exclusive comics, and more!

There are lots of readers in our Discord server! Everybody’s welcome.

Ships Ahoy sets sail for its final season: in your inbox, and on BCI!

Ships Ahoy’s final season is complete and scheduled for the next 14 weeks of the Weekly Roundup newsletter! If you’d like to see the final pairings who won a huge ranked poll of weird and wonderful BCB ships, simply sign up for the Weekly Roundup and watch your inbox every Monday morning. It’s a great way to recap the week of updates, see the classic chapters on Webtoon, hear the happenings of our week — and, of course, it closes with an exclusive comic.

Get the Weekly Roundup every Monday!

And if you missed the first five seasons of ships, we’re announcing today the debut of all previously made Ships Ahoy comics to the Bittersweet Club International members’ library! Binge on every single strip sent out in the newsletter over the years.

We’re putting together the upcoming year of BCI comics, as well as a very special member-exclusive feature set to debut in the next few months — so nabbing a $29 yearly subscription right now would be a terrific idea!

Join BCI and read the entire back catalogue!

As for the omnibus — still working on it! Still making progress! Still posting the strips to Webtoon every Tuesday and Thursday.

All our love and support to you all! :D

Go ad-free and support the comic!