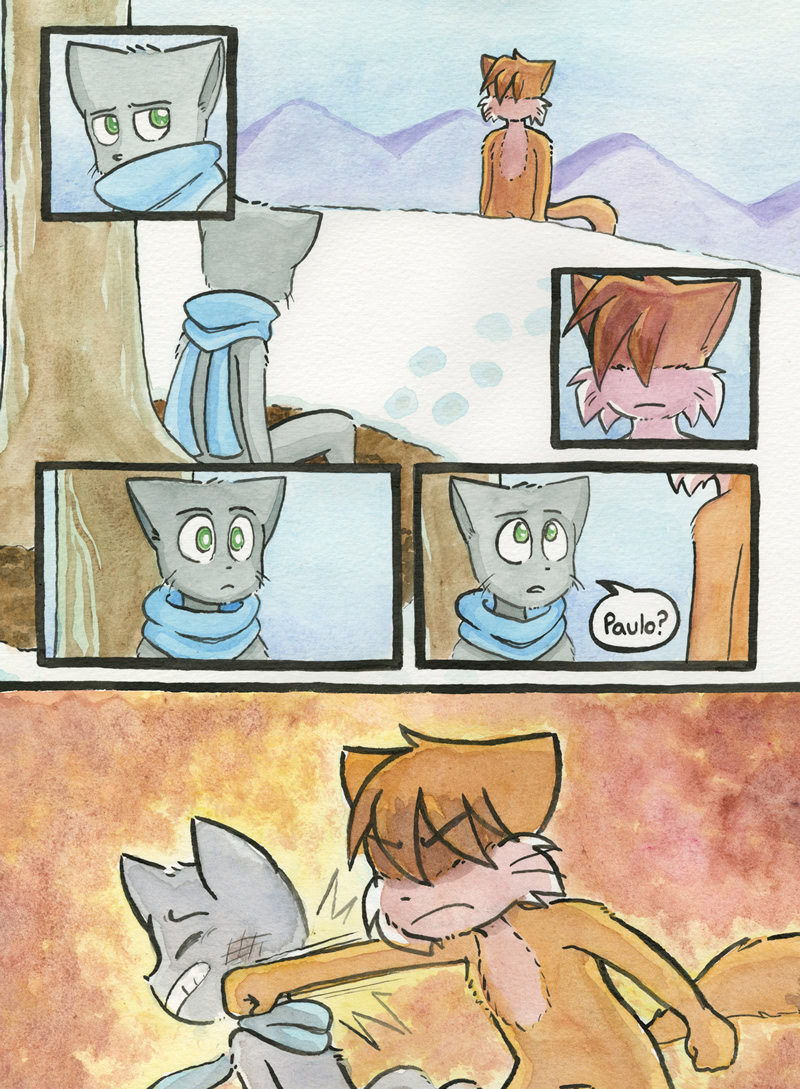 …and all across the world, BCB readers are rejoicing.

Yeah, kinda knew that would be coming sooner or later. Not that I think it was totally necessary, but it’s Paulo. We all knew he would react like this. I personally hoped he wouldn’t, but hey. Not much one can do about that.

Plus, the whole lack of eyes thing should’ve been a nice indicator. Either his face is contorted into one of pure rage, or he’s crying a ton. Or both.

Wow. Some of you.

Mike is a pretty emotionally suppressed character, more-so than even Lucy. Mike was essentially abused by most of the characters in this story for a long period of time, and it was clear that it wore on him after a while. Not only that, but PAULO made him feel guilty for liking Lucy in the first place, and convinced him that he was cheating on Sandy by even still being friends with Lucy. In a lot of mostly indirect ways, Paulo is to blame for this situation.

Mike’s explosion on Lucy was due to Sandy being upset that Lucy was “abusing” him, Paulo’s guilt tripping, and spreading the word that Mike was a cheater, as well as his own guilty FROM that, because he loved/still loves Lucy.

The only fucking reason Mike even treated Lucy like that for so long, was because he feels guilty, because he DOES love her.

Granted his explosion was over the top, but that’s what happens when you internalize everything. He’s not a horrible person, and isn’t really deserving of punishment at this point from anyone else. His own personal punishment from his regret, is worse than anything anyone could possibly do to him.