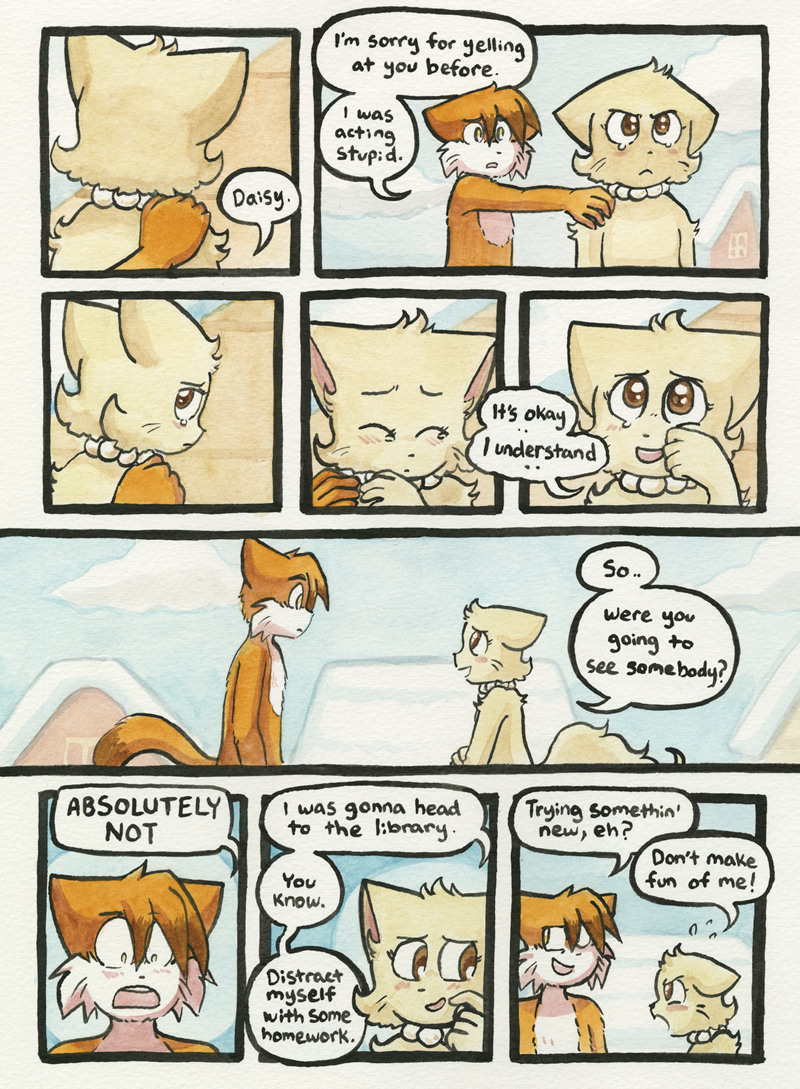 .. Though, to be fair, I think it’s understandable to accept Paulo wasn’t in a good state at the time.

Man, okay. Rachel’s actually not a bro, Lucy’s gone, David’s not a bro, Paulo won’t let Mike be a bro…. Abbey’s gone, let Daisy be one! I was worried that the drama and bad feelings were just going to pile onto each other in this chapter, but we could use some real friendship between these two mains again. I think Paulo would continue to Lucy-angst if Rachel had told him they didn’t sleep together (which possibly did or didn’t happen), but right now Paulo doesn’t want to think about that at all, so such a distraction as the library he might actually leap at, for once.

Paulo and Daisy do love each other, but I don’t think they have any romanitc interest in each other - they are very, very close friends, something I think gets overlooked in the media.
Media and shipping tends to focus so much on sex and romance that I think people sometimes forget that boys and girls can love each other platonically.

Whoa wait there are actually people who hate Daisy
I mean I can understand Lucy, Paulo and Mike (even though I like all those guys) because they’ve all been legitimately cruel at times.
but Daisy?
Sure she’s a little sensitive, but yikes… the worst thing I can remember her doing is when she went on that date with Mike, which was many chapters ago, and I’d say she learned her lesson.