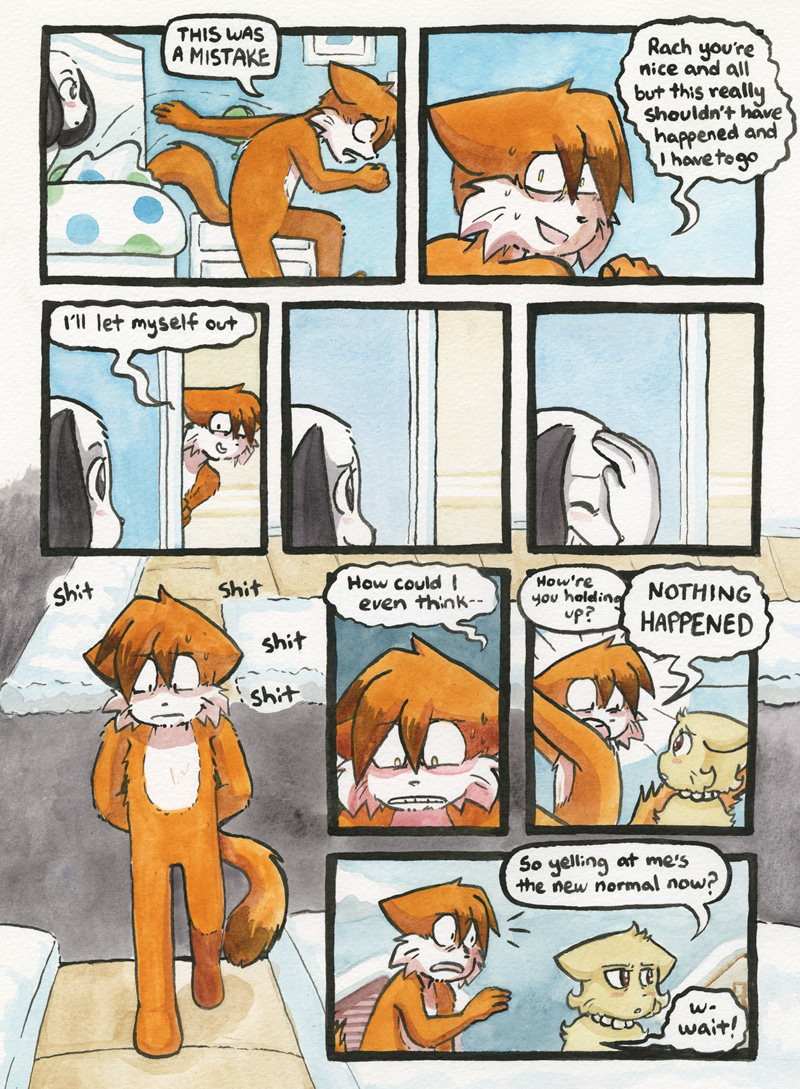 Veronica: I am jealous of Rachel’s pretty bedsheets

That reaction tells me she lied, but doesn’t think it a big deal anyway so just is waiting to tell him or something. I’m guessing the rest of this chapter is his panicked antics until Rachel pops in magically to save the day with the truth.

Why are people saying Daisy is being self-centered? As far as I can tell, she’s not angry at him for yelling at her (again, when she was just being concerned for him). She hasn’t burst into tears or yelled back or called him a jerkity jerk jerk. All she’s done is essentially say, “Okay, I get that you’re upset, but I don’t appreciate being yelled at. Come talk to me when you’ve calmed down (and we can actually talk, instead of you exploding in my face).”

To me, that seems like both setting a healthy boundary and being a good friend. No matter how bad your day has been, it’s never okay to take it out on other people. Displacement aggression is understandable, but not acceptable.

And other people shouldn’t be expected to put up with it for the sake of being “a good friend.” It doesn’t matter what I’m going through, I would never require my friends to hang out with me if I’m being verbally abusive. (“I’m in a terrible mood and I’m going to scream at you whenever you say anything, but if you’re really my friend you’ll stick around anyway.” Now, THAT’s self-centered.)

But, since Daisy is a good friend, I expect that she’ll brush it off and forgive Paulo as soon as he makes it clear that he didn’t mean to take it out on her. And then there will be the universal balm for heartbreak: ice cream.