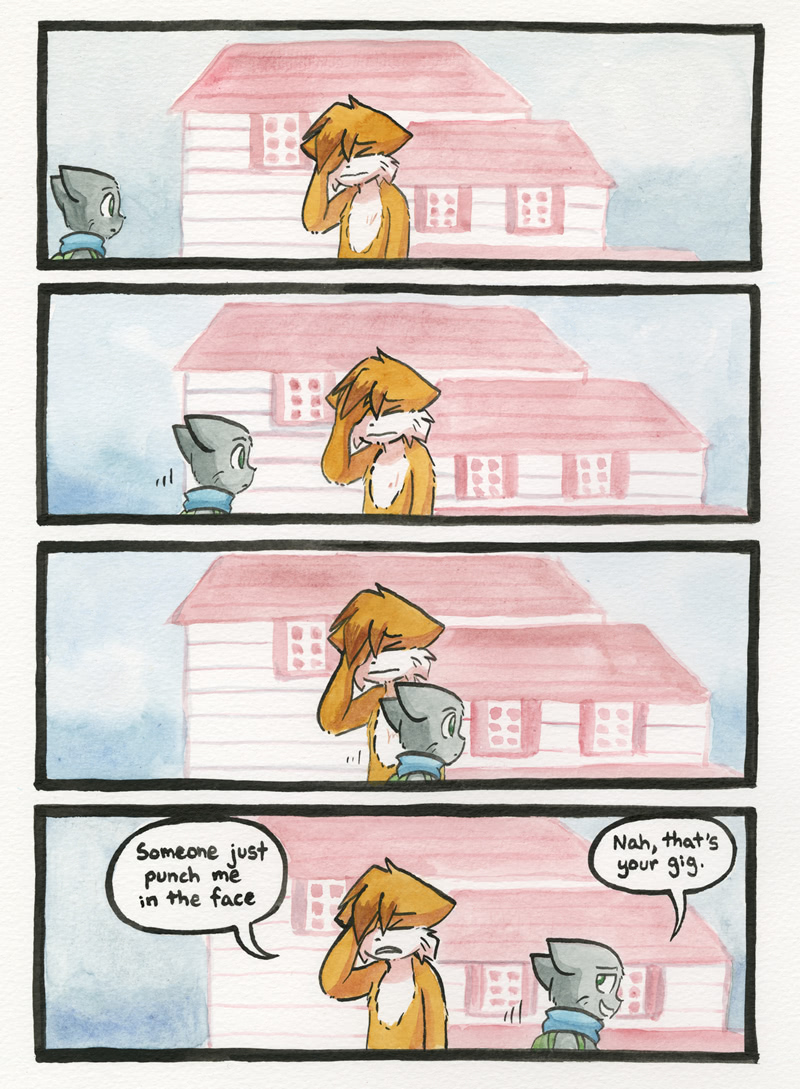 Mikey, you have just raised my respect for you. Just a teensy bit, but it’s still respect.

The funniest part is that he’s making light of their encounter earlier, which means that Paulo is [probably] forgiven.

Seriously, so much MikexPaulo romance on this page. They will now bond over their failures with girls.

I can’t speak for everyone else nor will I attempt to (that’s the President’s job…sort of), but I can say what I personally think.
Right now, I am not really big into any pairing between characters and if it’s Mike and Lucy or Jess and Lucy that’s fine.
However, it appears to me that the tensions between Lucy and Mike, and Lucy specifically as a person has been ratchet up so much that it seems somewhat anti-climatic to have her suddenly disappear with no real explanation.
Also, it seems like Lucy has been suffering a lot through the previous chapters and even if the other characters are suffering, such as Paulo, they all seem to have someone or something to fall back on. The image I see so far is that Lucy is in Hell and has nothing to support her.
It would be nice to see her receive some light in the darkness she seems to be swallowed up in and can’t get out of, despite her own attempts. In a way some of this might be just, but I think she’s been dragged through the dirt enough.
Whether she finds her own strength or something to give her that strength, it would be nice for once to see her on her feet, instead of constantly falling on her knees.
Essentially, for me, I’d like it if Lucy would still make appearances, even if it’s not with the gang, so I and others who might think similarly can know what’s going on with her. Heavy characters like her can be difficult to keep off one’s mind.
I do know or recall the author saying there was an entier plot laid out for this, so I respect that and will continue to read to see where this is all heading. Even so, you have two of my cents. Buy a candy bar with it or give it to a begging man, lol, don’t matter to me.