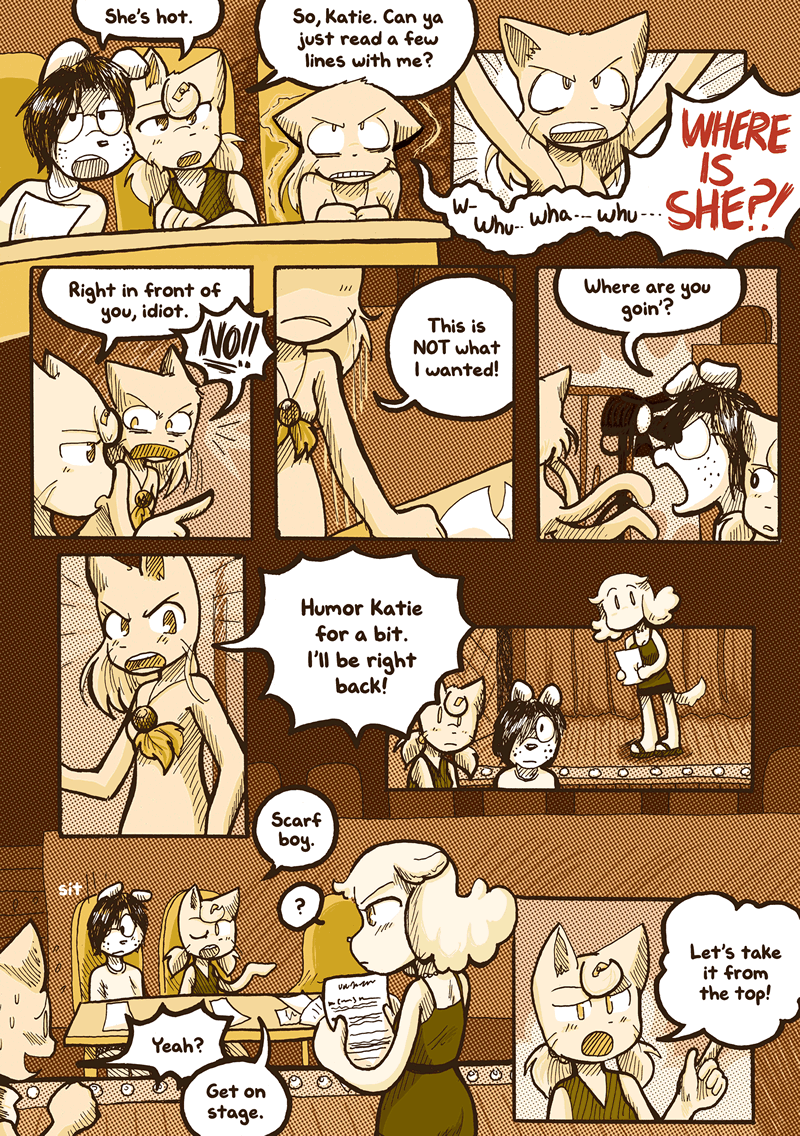 Veronica: The panel that has them walking up the stairs was one of those panels that took me the longest to do out of all the other ones combined.. and I STILL completely struggled! Their faces look wonky, the angle is wonky, and I then realised how can Paulo’s father be not so financially well off when they have a TWO STORY HOUSE.

hmmmm I wonder what paulos first thought was when he saw lucy on his bed….someone should put her on anti-depressants

The pink spot… I kinda assumed it was the glow from the red LED alarm clock that he has by his bed.

Also, being from New Jersey, I kinda concluded that if Paulo’s dad was not financially well-off (or “poor” as he put it), it would not be unreasonable to assume that he either lived in a townhouse, a small two-story house on less than 1/8th of an acre of land in a relatively dense area, or in one of those multi-family houses that are three or four stories tall and one subunit could potentially take up two stories. Or, perhaps a duplex like the one I lived in as a small child!
New Jersey = highest overall population density per square mile in the U.S. or your money back!

She is fucked up.

Paulo is not going to succeed. He’ll try and fail. Oh well.