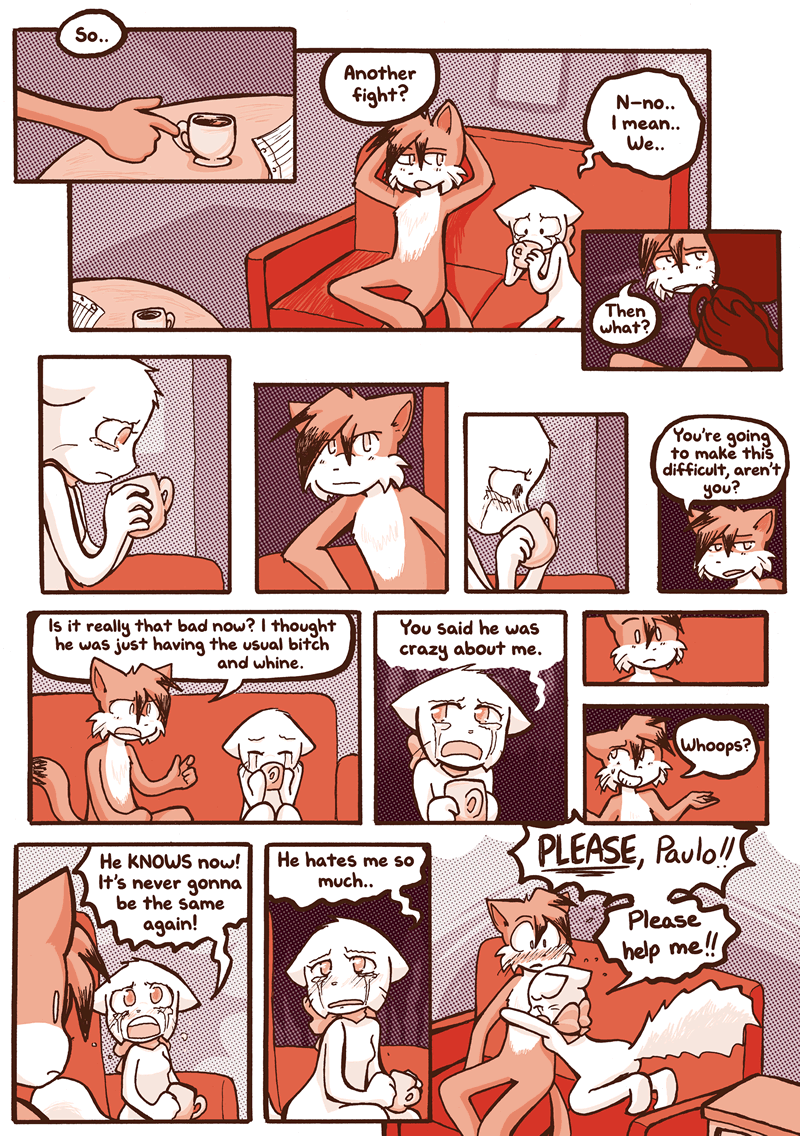 Veronica: To be fair to Paulo’s incorrect assumption, EVERYONE thought Mike and Lucy were meant to be. C’mon, Lucy, Paulo had a crush on you! Paulo’s expressed interest in you in the past! He hasn’t really pursued you though because he thought Mike already won your heart!!

He really is in a lose-lose situation, though, ‘cuz if he takes advantage, he’s a jerkmonster, and if he rejects her totally, he’s a monsterjerk.
And Paulo, as I recall, is not one to walk the subtle tightrope of emotional balance

Starberry: I wouldn’t have found it a pain at all, actually! I’ve had people who would go back on really old drawings and comment on them back at DeviantArt, and I absolutely love when that happens. It really is an honour.. so seriously, if you have things to say please don’t be shy! It’s not like it’s spamming, the comments would be different based on the pages published and I’d love to know more about the reader’s opinion~!

this is obviously me saying HELL YEAH COMMENTS. *Hit*

Hey, TheNightRider, I kinda agree with you.
He is defensive, frustrated and worn out.

But not only of Lucy… He was always the only support to Lucy, he did so much, but now…
Tess, Sue, Daisy and Abbey all now think he’s a jerk. Everyone blames him for Lucy’s state. Let the guy love other! Lucy lost her boat for now.

Then… It’s not like he hates Lucy, not at all… but I don’t think he is now thinking of how this hurts her. Actually, if he does think, I bet he gets MORE frustrated and worn out.

I really think Mike is feeling like he is alone right now. Well, he has a girlfriend, that probably holds him strong.