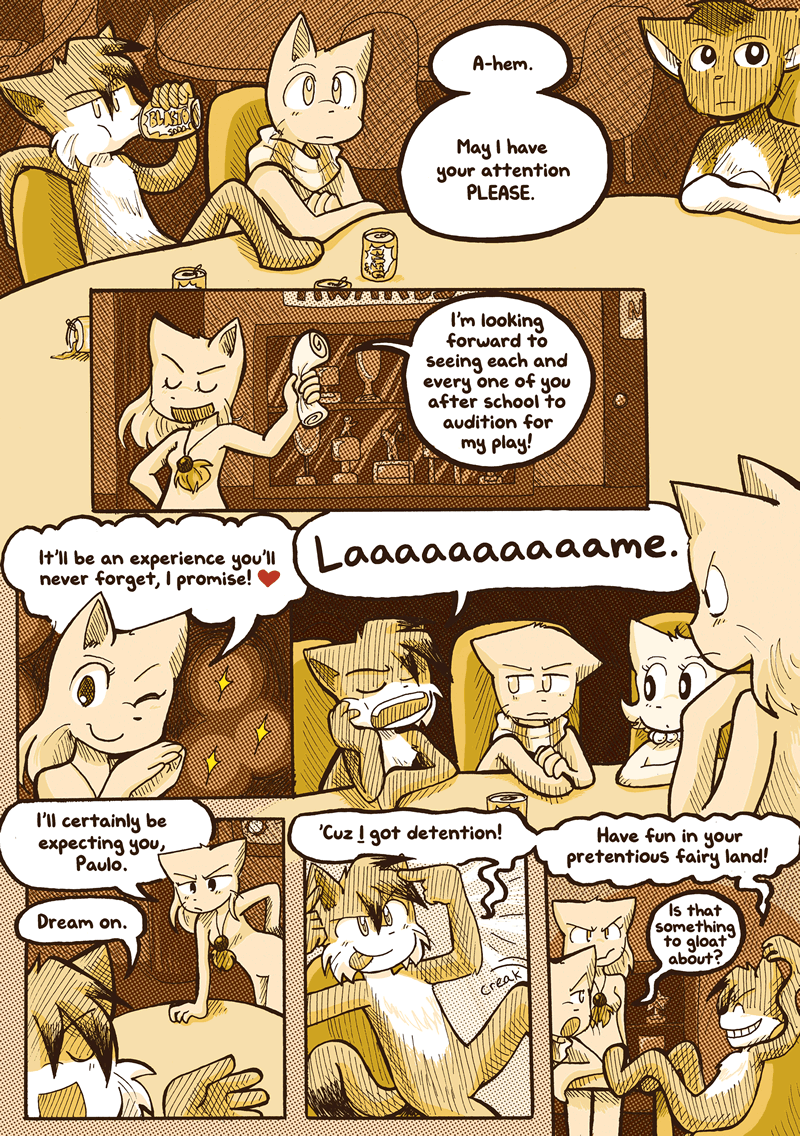 As painful as it is for her, it’s important that Lucy hear these things and listen to how Mike feels. She’s putting him into a corner because she was totally aware from the beginning about him and Sandy. More than that, she knows that it’s not a very ‘Mike’ thing to do to just dump Sandy at the drop of a hat just because Lucy finally fessed up to what Mike knew all along.

Lucy has her whole life to reconsider before even approaching Mike again.
Push has finally come to shove. She’s finding out the hard way that it’s not very wise to use salty words when one is a snail.

I don’t really think she’s overreacting. She might of inadvertently brought this onto herself, but my observation tells me that she was too scared to tell Mike how she felt precisely because she was worried about this happening. Sandy was always kind of a background threat, and her reaction those letters from an earlier chapter confirms this. She probably thought if she didn’t give Mike an answer either way he would just stick around and they could continue with their pseudo relationship regardless of Sandy’s prominence, but Zachary clued her into how it’d really go down and now we have this mess. She had to tell him eventually - Mike’s reception is less then kind however, especially considering how he led her on for so long. If he wants to say he really cared about her even for a time, then he shouldn’t act like Sandy’s changed anything, because she shouldn’t of and she hasn’t. He is handling this poorly and will continue to do so.