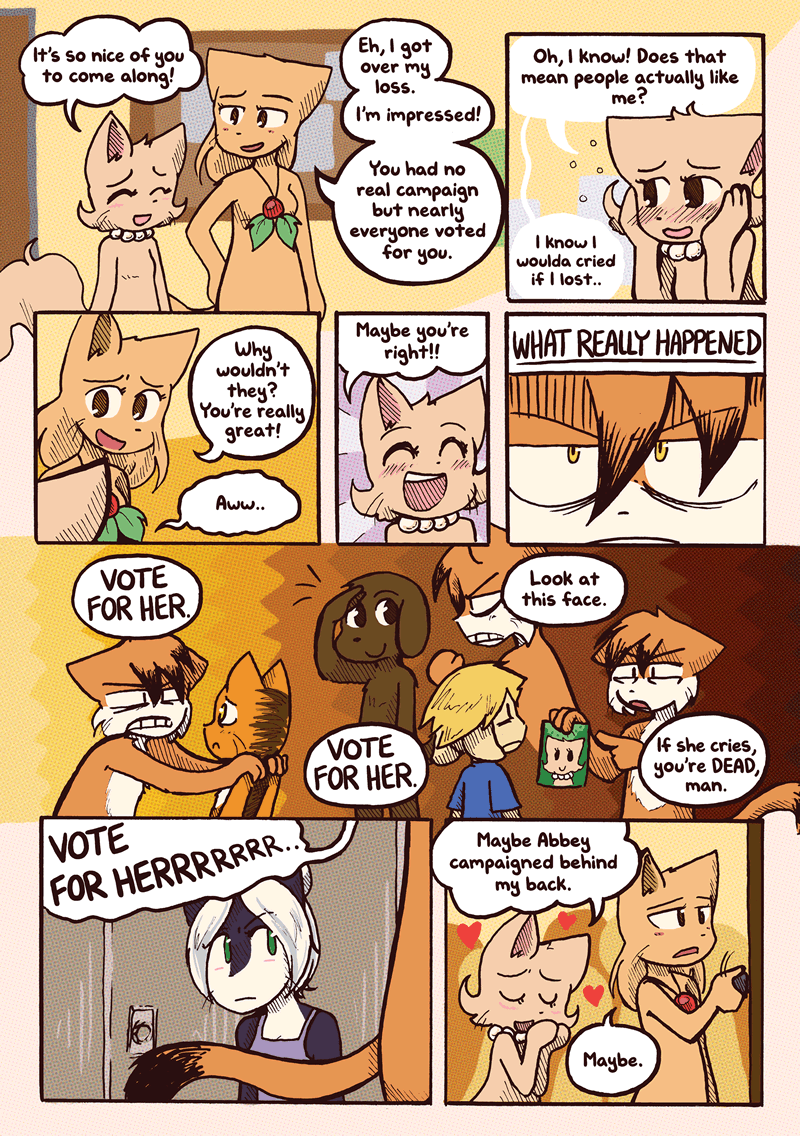 BY THE WAY GUYS IT IS THE EIGHTH ANNIVERSARY OF SOUPPY AND I. He has tolerated me since the end of 2002!!!!!! Wowwwwww!!! I LOVE YOU SOUPPY THANK YOU FOR BEING MY DARLING AND I LOVE YOU ;___;

Paulo helped his kinda-sister. Jasmine could be making a mental note about this. Possibly, so she can give him a hard time later. Or maybe she sees it as noble? I have no idea. The last Paulo in panel 6 made me lol.

Nice to know Paulo still has Daisy’s back, but still he threatened people into voting for Daisy. I loved the part were he holds a picture of Daisy to a kid and says “If it cries you’re DEAD man”.LOL

Nadiss, Paulo has always had a thing for Daisy. She’s the only girl he has never hit on because she has always been nice to him, even after he became a jerk. So she’s kinda like a sister figure to him. Hence why when she hugs him after Mike ‘officially’ starts dating Sandy, he freaks out. That’s also why when she makes the comment about Tess at the pep rally in chapter 38, he takes it so personally. Since it was probably the first time Daisy has actually yelled at him. Check out the end of the Summer Arc too see how he really feels about Daisy, when he’s talking to David.

“I AM SO CONFLICTED!”