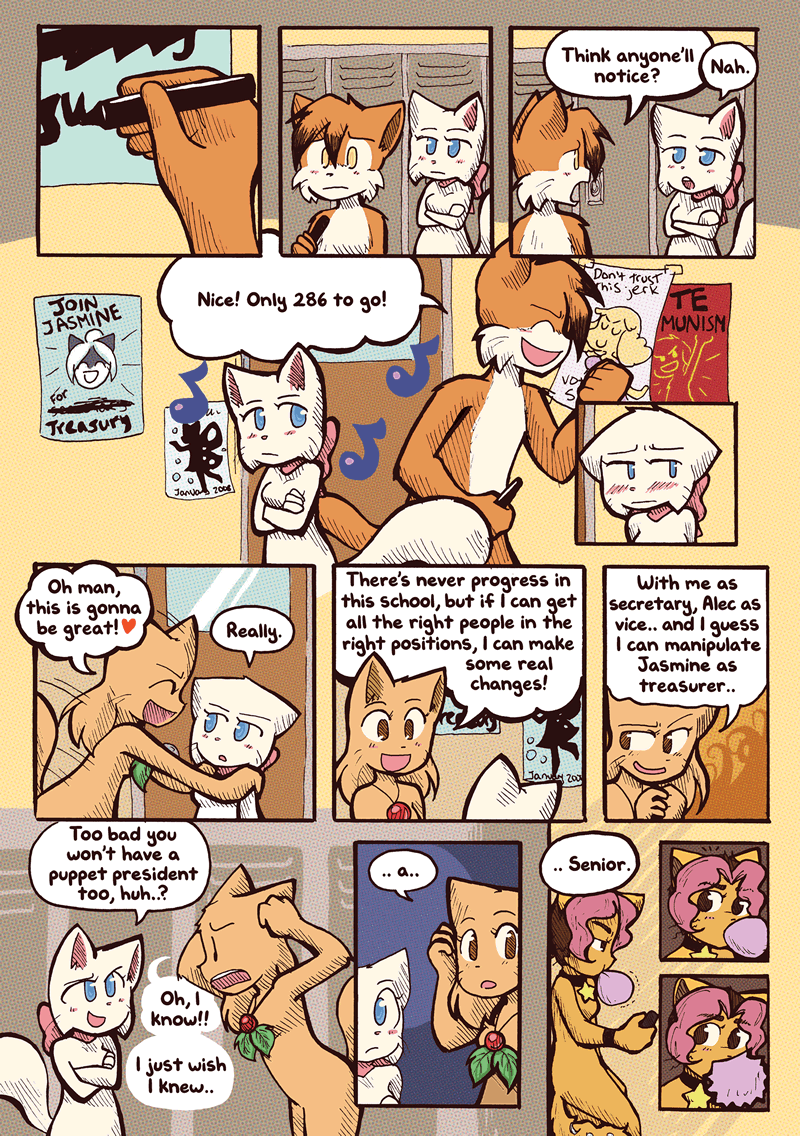 Veronica: Isn’t Paulo such a sweetie? Spending the whole day manually editing 300 fliers. He made a mistake, now he has to own up to it!

Oh man. Tess lives dangerously. Imagine the horror of getting a bubble that big stuck in your fur…

David and communism? Now THERE’S something scary…
Sue is starting to scare me alittle bit here..but hey, I still like her

Look’s like Tess has a new necklace/collar…I wonder why not a heart lock thing anymore? I think it looked better on her but maybe it’s absence has some kind of meaning

Two months later, Sue’s manipulative deck-stacking ways were revealed by two amateur reporters in the now-famous Rivergate Scandal, thanks to their anonymous inside source “Deep Purr.” The Rivergate Scandal resulted a crackdown on corrupt political officers; once the investigations were complete, more than half of the student council had been forced to step down and be replaced.