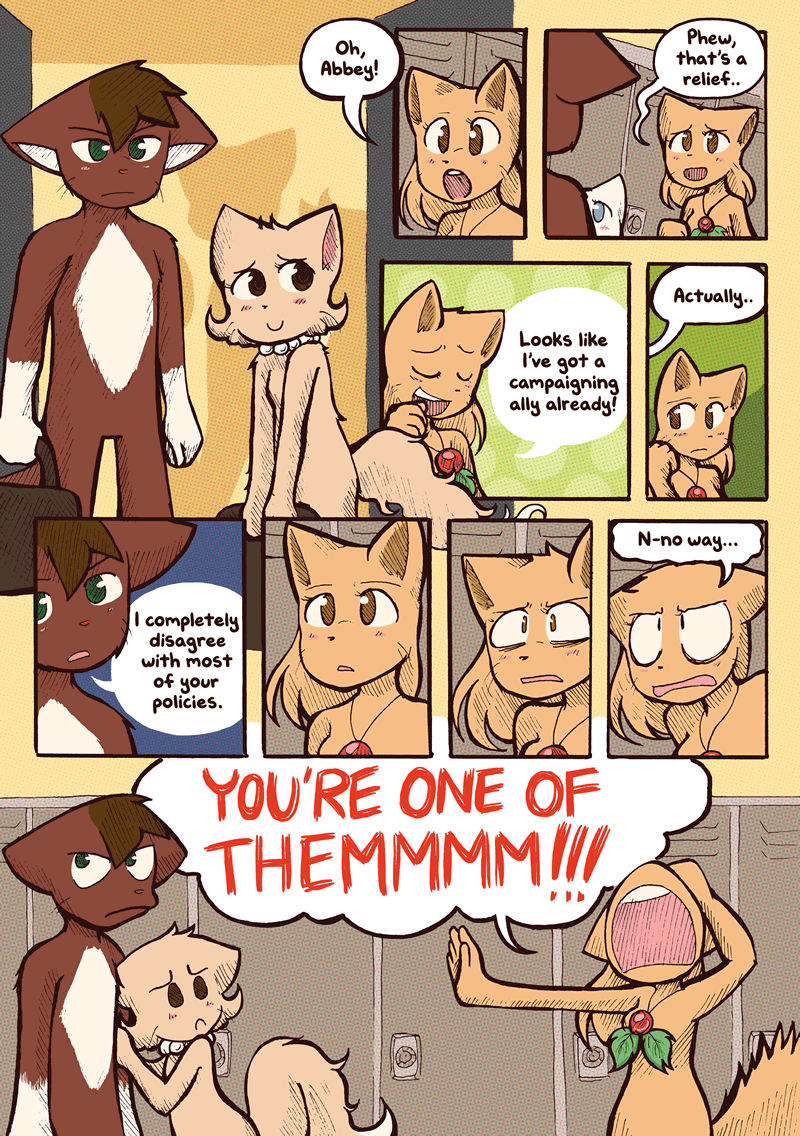 (A little rude to Abbey. But he certainly represents that idea of someone who suffered through trauma and came out of it with some very rigid moral ideas)

Abbey looks much tougher. xD
He gots some firepower in those arms now.

Why do people keep thinking Abbey is a Senior?

When Sue said “I don’t mind having a 75% monopoly” she meant that she has given up on Tess being the president because that means she could have a 100% monopoly. Tess obviously can’t win, so she’s given up on it.

Abbey has come to lower that monopoly because he’s running against her.

Heh. This comic continues to be amusing.

Gah! Daisy is so fricking cute on this page! >.< That adorable smile in panel one… and that adorable cling-to-Abbey-in-worry-of-Sue’s-sanity pose in panel ten. Stop being so cute, Daisy-chan!

Also, Sue is rather pretty on this page too.