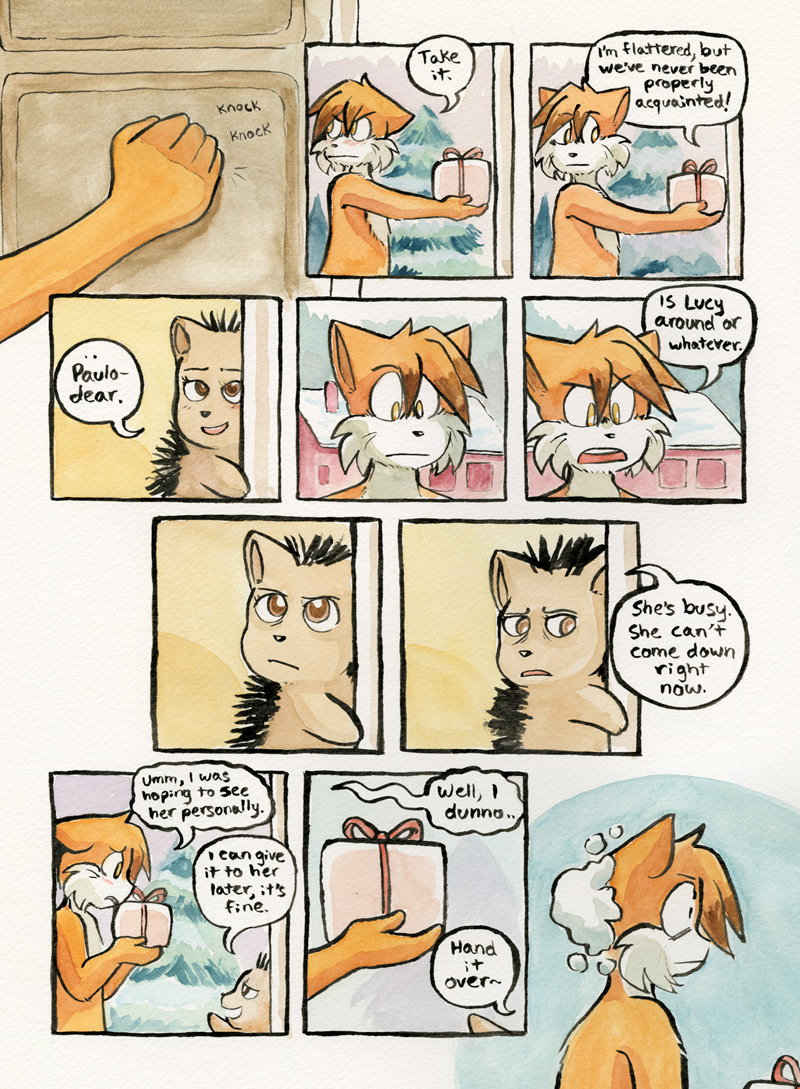 Lily, my favorite voice of reason, you have returned! Please, fill us with your wise words and explain of your absence! “I wonder who hit me in the back of the head?” Paulo silently wonders to himself.

My biggest question is this: How did Lily answer the door?

No, seriously. How did Lily even reach the door?

If it’s Lucy that threw the snowball, using Lily as a distraction and shaking off her Emo with a good Snowball Fight, I will be a very happy camper.

There’s someone we haven’t seen in a while…

That sucks! Come on, Lily! She does know that Lucy and Paulo are relatively close friends, correct?

I like Lily’s snide reaction when she opens the door, but I don’t like that he can’t see her. For as little amount of time as the pets have been involved with Lucy’s failing…psyche, I think Paulo could maybe at least talk to her. Obviously, if he came all the way down there, he’d probably want to speak to her face to face.

I’m guessing Jasmine threw the snowball…which sucks, because then Paulo is forced to go off and play with her. Lily will see her, probably comment on how Paulo’s time would be better spent with her or some shit, and then just close the door on his face.