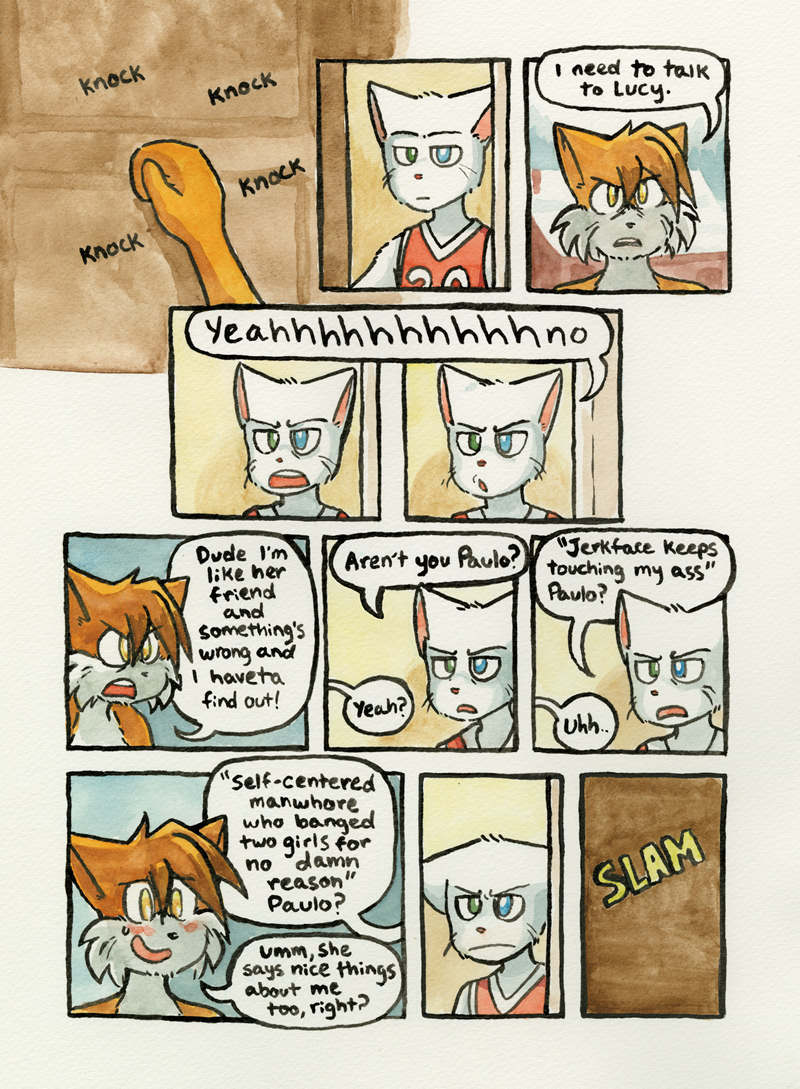 He tries, he tries, and he crashes into pieces right in front of our eyes….. Oh Paulo

This is going to take a while. Hey, do the animals talk to Lucy’s family or is it just Lucy? Oh well, why am I asking, it probably won’t move the plot along much…

The shoulder to cry on Paulo? The guy who saved her from drowning Paulo? The only guy who actually cares about her Paulo? The one who carried Lucy on his back when she was sick Paulo? Yeah, that’s him Jordan. -.-

; A; Oh Paulo, you poor thing. Knowing Lucy, she’s only ever said anything about her friends when she has something to complain about, Paulo obviously being one of them. And so her family never hears the good things, only the bad ‘cause she’s venting. xD

And now it’s all coming back to bite Paulo in the ass. e_e Jordan probably thinks Paulo is the one that really fucked Lucy ovar. . __. Sad pandas for everyone here…

Lucy, I know you’re in a state right now, but we could use your snarkyness right now to get Paulo inside…if you even wanna see him of course. T_T

@Qsandas: Of course we all know him as that Paulo (or at least we all SHOULD know him as that Paulo) but like I said earlier, Lucy probably only ever mentioned him when she had something to vent about, and apparently Jordan seems to be the one who gets to hear all about how “horrible” Paulo is to Lucy, even though I’m positive she doesn’t feel that way about him all the time. Just when he does stupid things.