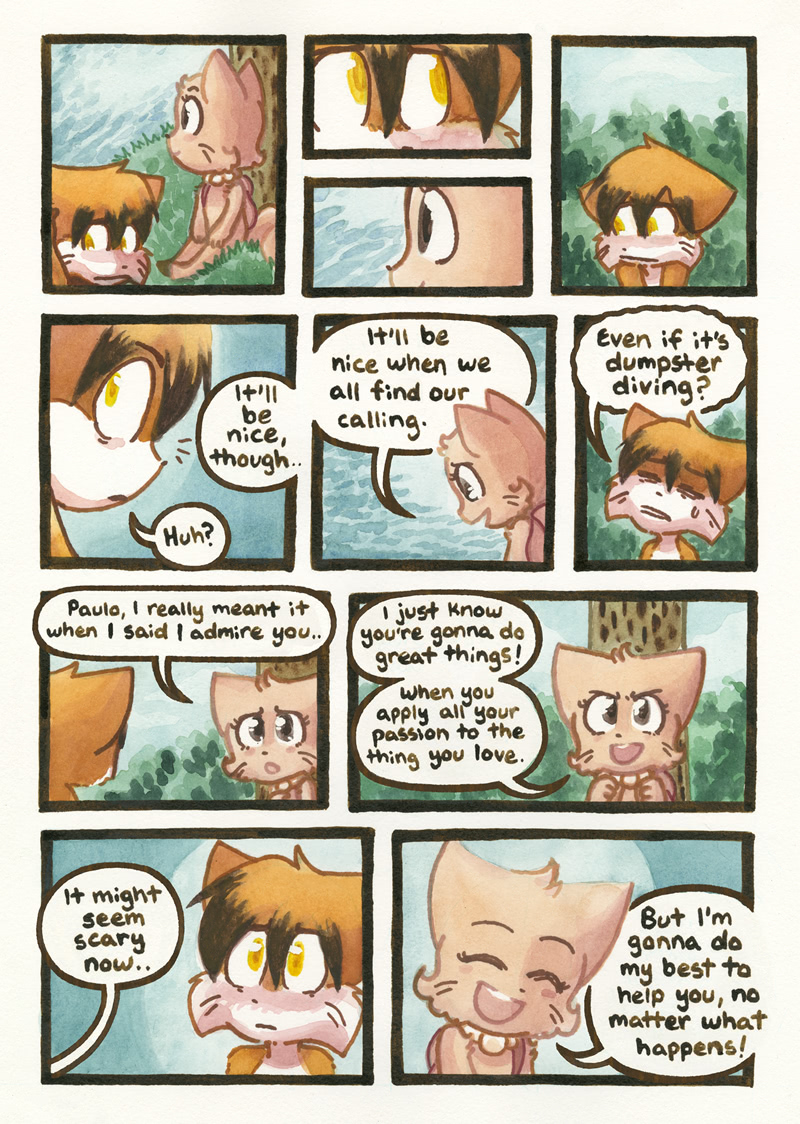 Veronica: She’s got your back, Paulo!!

@Blue fox: “its mostly Daisy’s fault for not being able to say she loved abbey. That’s why she failed. Wanting to be with someone but not loving them.”

Hold the phone. How is that MOSTLY Daisy’s fault? Have you never seen a show where the main character tries to date the guy that really loves her because she WANTS to love him so that he is happy? The message of those things is always the same thing: You CANNOT force yourself to fall in love with someone regardless of how you wish you could and it NOT your fault that you can’t force yourself to love someone.

It is not Daisy’s fault that she couldn’t say it because she has no way to force her feelings for him to change into ones of love all of a sudden and she wasn’t going to lie about her feelings to Abbey either - that would have been a jerk move that could have hurt them both more later, and THAT would have been her fault.

If she honestly had the ability to change her emotions in the way everyone expects her to, I’m sure she would in an instant without a single doubt in my mind.

And that is not the fault of anyone - not of Daisy, and not of Abbey. Because emotions don’t work that way. You can’t pick and choose them as you wish, you can’t erase some and develop some other ones. That is not how people work.

I stopped caring about who ends up with who, I have my preferences like anybody else, but it no longer matters to me and I just hope that there is some cliche happy ending for all of the characters, except Alejandro, he can burn in hell.

This is turning out to be an interesting chapter, with Paulo opening up a bit and talking about his future and with Daisy talking about her plans, it makes you think that at some point the characters will graduate high school and go to college, well most of them, which will probably split the rest of the gang up, with them going to different schools and all. (I am assuming this because It is unlikely that all of them will end up going to the same college)

This talk about the future also makes Paulo realize that he is growing up, and at some point, life will stop being all fun and games, and he will have to start thinking about what he wants to do with his life. It’s nice to see that Daisy is willing to help Paulo, especially since he does not know what he wants to do, and I think that it will help him, and his character in the long run.