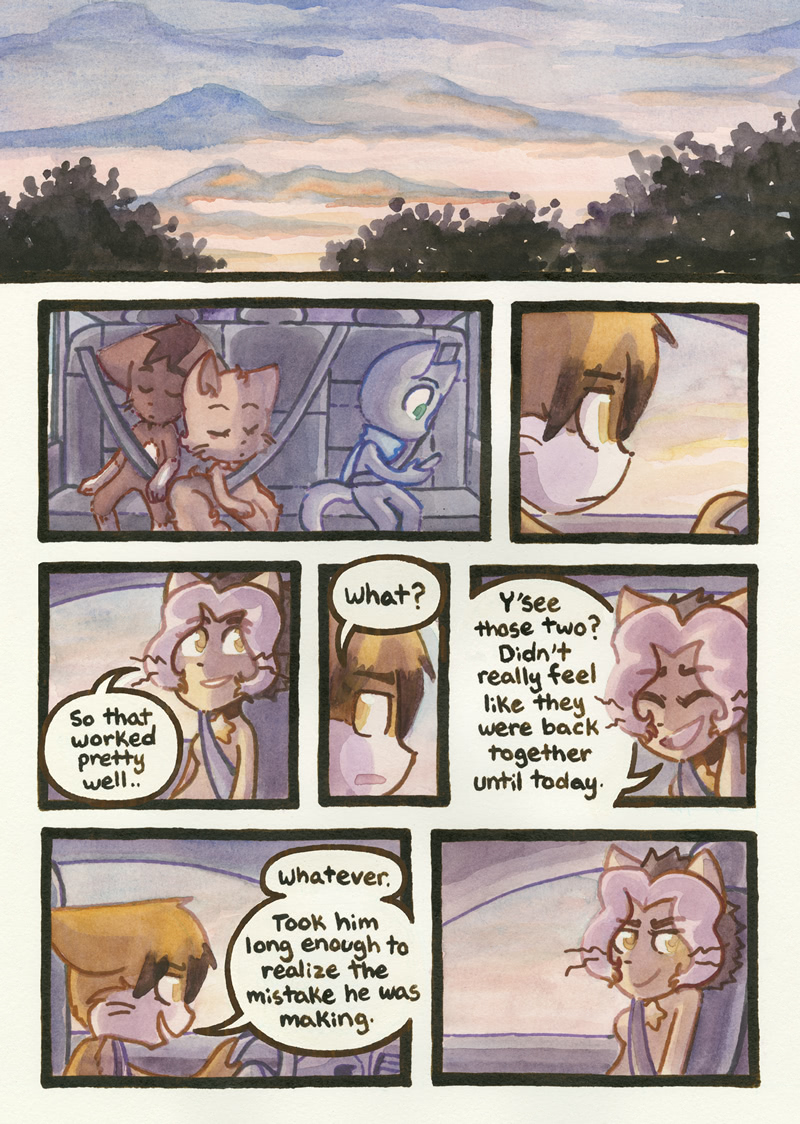 Vero and I are in Philadelphia right now, we just saw the AVGN movie screened here last night! We got to meet Mike and James, how cool is that?! Not trying to make you jealous or anything. Just sayin’.

Daisy and Abbey are my favourite couple in the comic, but I still kinda dislike how Abbey seems to be being made out to be the person making the mistake.
He LOVES daisy, and I do think it’s completely understandable that he’d be hurt after she unintentionally revealed her lingering feelings for mike. abbey has had a rough past and he needs stability.
I’m glad they’re back together, but I wish daisy had learned something and Paulo got some sort of repercussion for essentially
Bullying abbey into taking her back (especially since he had the
Gall to bring up his dead mother infront of the class while daisy said nothing)

Everyone seems to think that Daisy doesn’t love Abbey, but that’s not the case. She does love him, but like any teenager, she’s still wrestling with her feelings. Does she love Abbey as much as he loves her? I don’t think so. But that doesn’t mean she doesn’t love him. She just needs to sort out her feelings and that’s going to take some time. Abbey was right to feel hurt by this, but he over-reacted to it by calling off the relationship. Paulo realized this and tried his best to hook them back up. Of course, his approach left a lot to be desired, but it came from a good place I think.

One of the reasons I respect Taeshi is that she has developed some really complex characters here, whose thoughts and motivations really fit their age group. They’re teenagers. They’re hardly perfect, but they’re trying.

And since I’m taking the time to comment, might as well discuss the art style. It’s getting kinda annoying that everyone seems to criticise it. I get some of the criticisms, some of them are accurate, but you don’t need to repeat the same criticisms 50 times either. Anyway, I’ve said my piece. Back to your regularly scheduled programming.

So it’s been confirmed that Abbey and Daisy are officially back together again. I’m not sure how I feel about this. After what had happen between them and what Paulo said to try and get them back together again doesn’t really settle well with me. But nothing can be done about it and it’s the way it is now.

If people still like them together as a couple that’s fine. Nothing wrong with that. But I don’t really care for them as a couple anymore. I think they should have just remained as friends.