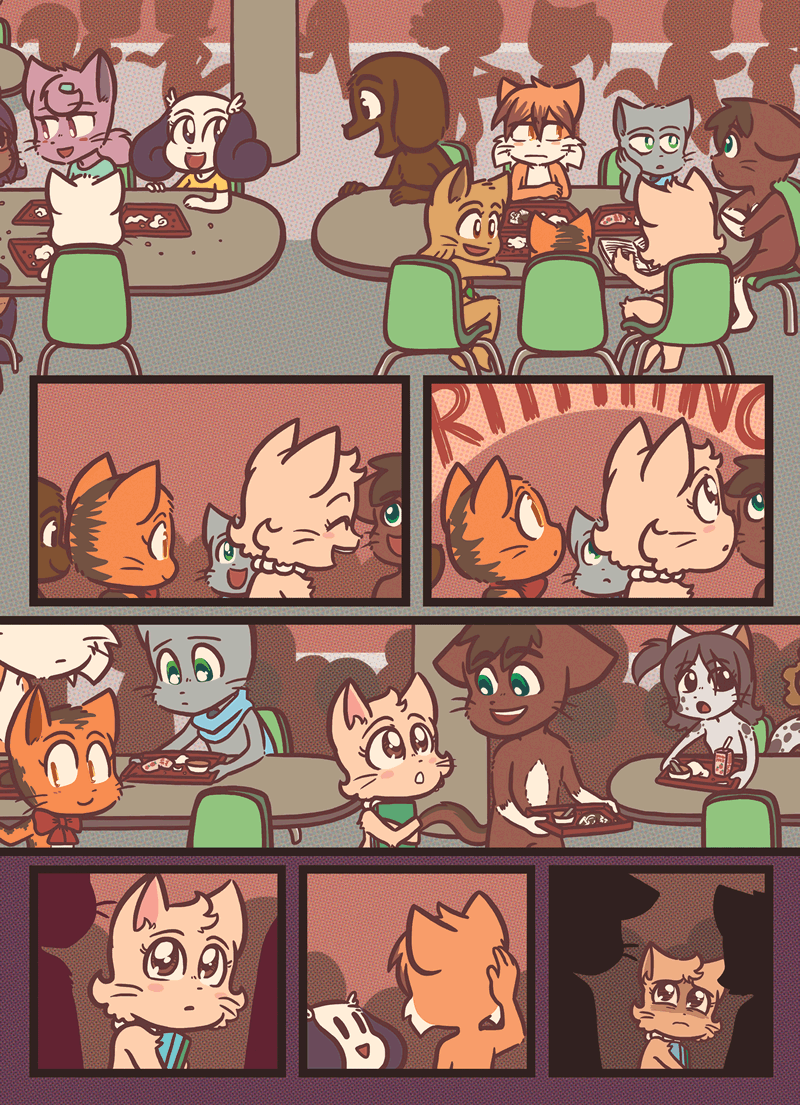 Veronica: What a fun lunch, everybody!!

Rachel’s face… In the second to last panel..Omg creepy xD I almost expect it to start rattling along with the rattling sound xD

And once again, how can Daisy be so upset with how Paulo is acting when she just recently cut him to the bone?
Unless she tried to give a sincere apology and Paulo is still giving her the brush off her puppy dog eyes are annoying and aggravating. I don’t get her reactions at all.

Daisy, you need to get a grip.

Rereading this helps me understand him a little better along with some of his rude treatment towards her now ( Not saying she didn’t give it back, you know Lucy being Lucy…) but especially in the On our own intermission.
I can understand him seeing her as a pest and her being an annoyance to deal with outside of school but honestly if he didn’t care for her he would’ve let her get on that bus. He knew what was coming for her. So with that Augustus has earned a bit of respect from me.
I didn’t hate him before even after the Daisy thing. But I honestly could not figure out his deal even with the little tid bits we knew about his personal life. And please don’t think I think his behavior is justified, he’s done some pretty bad stuff, but just like Lucy said he is a survivor, he can come back from this.