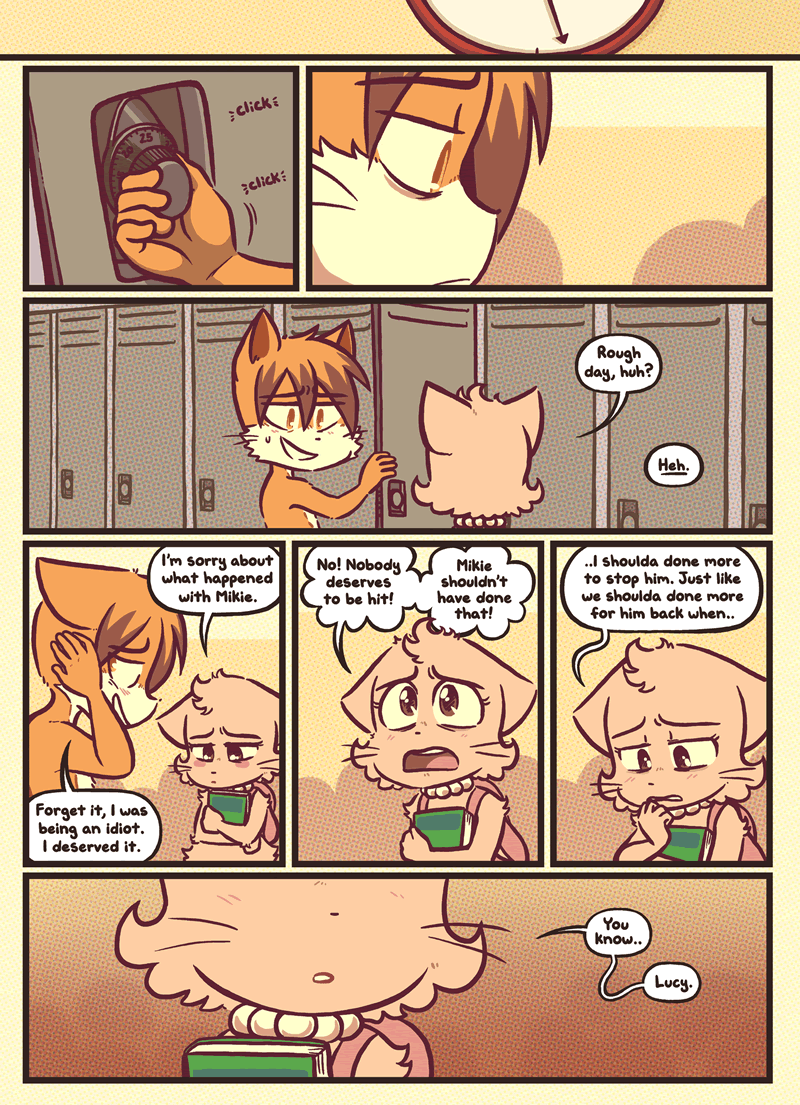 @bcbcomic “When Lucy…” Was bullied into a suicide attempt by him? Any guilt he felt then was fully warranted.

Bad idea, Daisy
Might not be best to use the L-word around Paulo right now
…or ever

i wish Paulo didn’t immediately go to “i deserved it :)” because No U Fuckin Didn’t. it’s good to recognize that ur bein an ass, but nobody deserves to be physically injured by their friends!!! paulo!!!! love yourself!!!im glad that Daisy found him and is talking to him and is showing that she’s on his side, and not just because she likes him, but because Mike was in the wrong!! it’s goodi wish Daisy wasn’t blaming herself for the whole Lucy thing (because honestly Daisy DID speak up about how Lucy was mean, and Mike generally brushed her off) but i am glad that she sees that the whole thing was bad? im interested to see if the conversation is left at that, or if it triggers a response from Paulo that’s Upset, or if it goes into Daisy talking about… bullying being bad