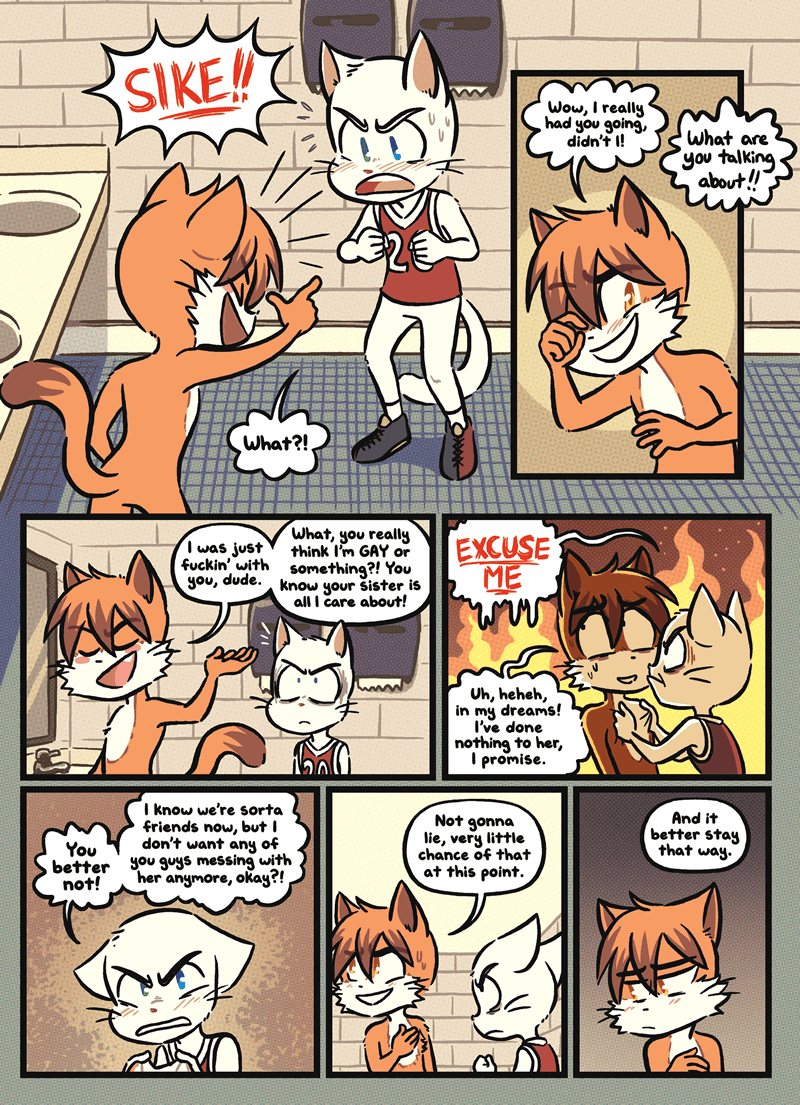 Veronica: Not the “L” word…

Uugghhhh dude, paulo…
I’m face palming so hard bc like, every bi person that’s ever been in the closet will read this and be like “oh no honey, he’s not going to come out just like that…also stop being creepy??”
I do still have some hope that Matt will be Jordan’s “bi-curious” exception, but…heteronormativity, violent homophobia, and toxic masculinity makes that very statistically unlikely. The more realistic and likely ending… is ultimately going to be how our gay cinnamon roll will learn to cope with that very gay problem of unrequited same gender affections. I think its Possible in the right context you could get Jordan to experiment, but this…isn’t it.
Its all part of learning to navigate being bi and being part of lgbt, particularly being bi and having social solidarity with your gay buddies and lovers. So I’m gonna be pretty forgiving […]

paulo there are other ways of finding out someones sexuality then just being like “hey baby u digging me?”