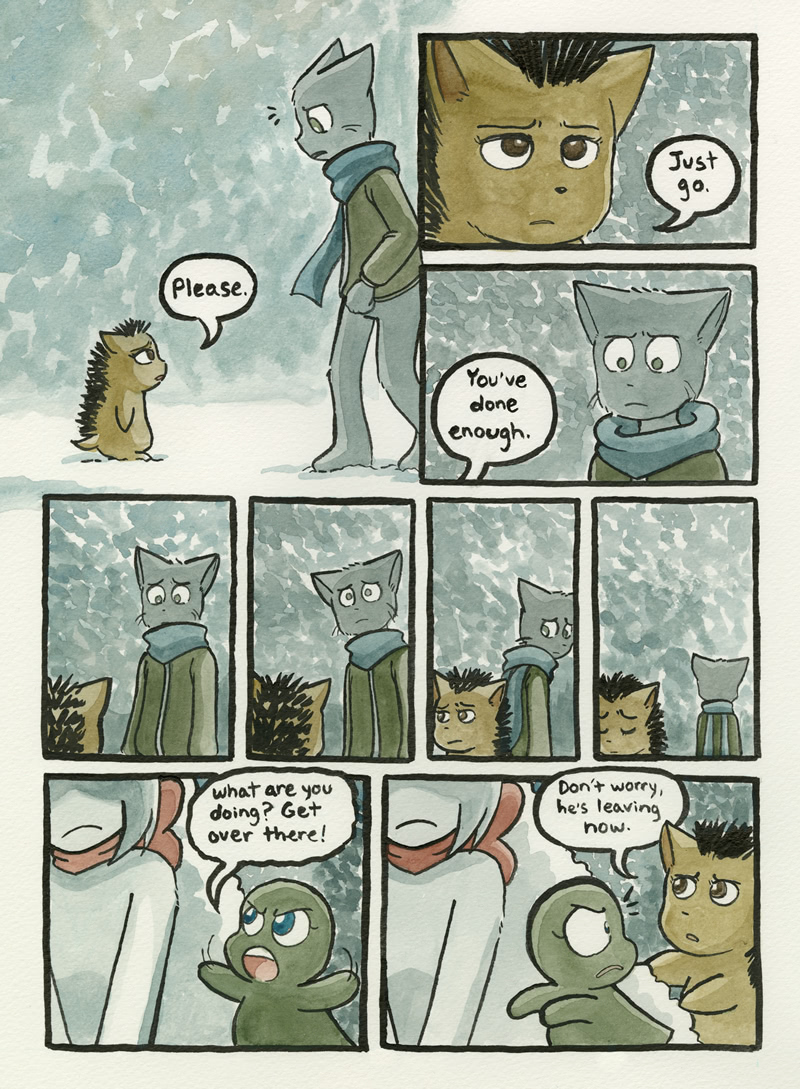 Maybe now Mike will reflect, and will develop a true reason to apologize. Not because he was asked to do so. Lily only said a few words, but they were the perfect ones. As many have stated already, now is not the time for them to “talk it out”. Especially when Mike does not feel any desire to whatsoever. With this, it instills a sense of guilt, if he didn’t already have any. That the pain he caused Lucy was no better than the pain she did to him. Two wrongs don’t make a right.

Well spoken Lily. I’m sure a lot of us were expecting a speech, but sometimes you can say so much with so little. I love the expressions. The realization and guilt on Mike’s face is so powerful. Up until now he hadn’t felt bad about his actions. Amazing page Taeshi.

Mike’s intentions are there, but Lily is wise to turn him away. To talk to Lucy at this point in time would only make matters worse, as the pain is still fresh. Mike has to make sure that the attempt to make amends IS indeed made by him; to do so now, is like blazing through lines in detention and saying “I’m done, can I go now?”

I do truly believe that Mike does want to try to make amends with Lucy (his expression a few pages before the end of the “December” chapter is still fresh in my mind), but he has to come to terms with his own anger first before trying. I also agree with the sentiment that him not apologizing too soon will give him some true time to reflect on what exactly has happened and what he said to her back in “December”.

I give props to Lily though, as she is truly handling this in the most mature way possible: she’s doing what she can to protect Lucy, but she also knows that Mike does want to try and make amends for what he said. However, she knows that now is not the right time to do so; Mike’s heart just isn’t in it, yet. I also don’t think she felt too happy about sending him away, either