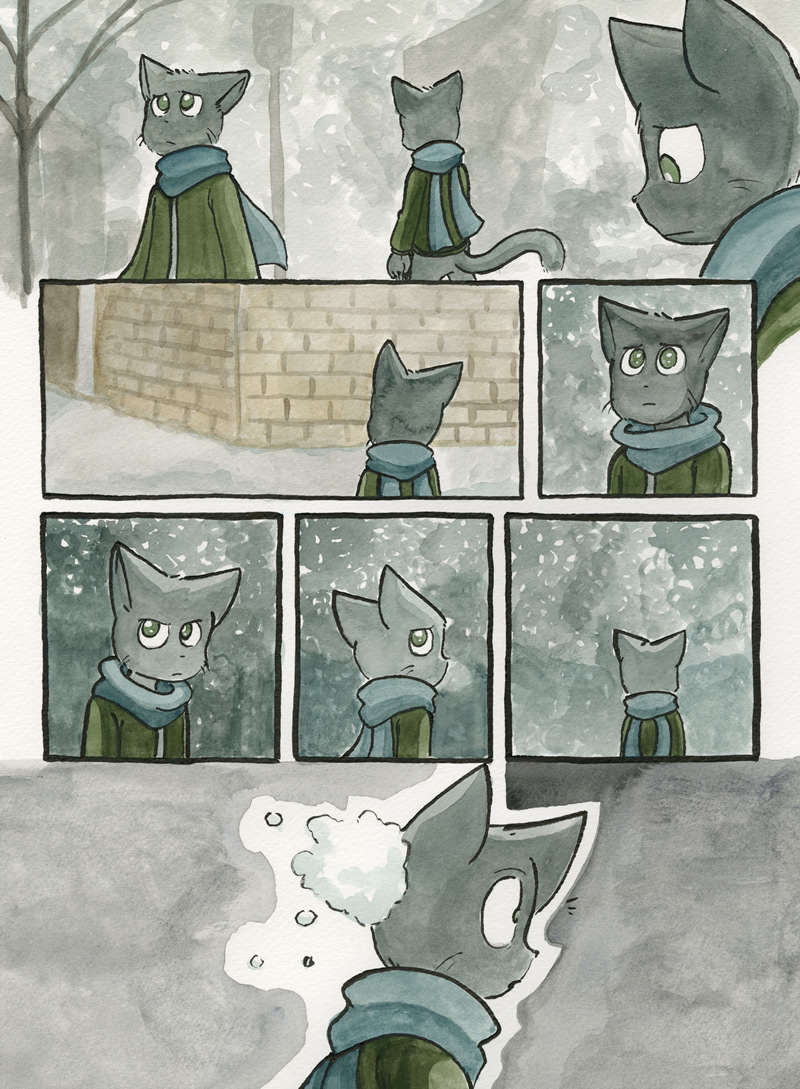 I’m calling it right here. Its Sam back from college for winter break and he’s gonna carry out his threat of killing Mike and burying him in the yard if he ever hurt Lucy.

Of course it’s not Lucy. Lucy is locked up in her room feeling sorry for herself.

Unless of course she also happened to be out for a night walk in the snow and while lost in thought just happened to see Mike as he was also walking down the street and then decided that that moment was the perfect opportunity to hurl a snowball at the back of his head because she saw him turn away and he happened to miss her thus sparking a conversation that then leads to, at the very least, the start of an emotional recovery of some sort between the two of them or maybe even another ship crushing fight. (DAMN YOU CHAPTER 68)

However, it could just as easily be any other character since it’s not revealed in this page who threw the danged thing and everything between now and Monday is useless conjecture and you should all be ashamed of yourselves for assuming things about a creative process that you aren’t involved in.

That snow’s gonna melt and drip down his neck… oh no!

I like the mystery on this page. Not only do we not know for sure who threw the snowball, but we also don’t know if it was Lucy’s house in the first place. Granted, though, it probably is.

I’m guessing Paulo threw the snowball, since Lucy doesn’t look like she’ll be going outside anytime soon unless she has to, and she probably still sees Mike as a source of major danger for her, emotionally. Paulo “knows” it was Mike who did it, so he probably has a bone to pick with him.