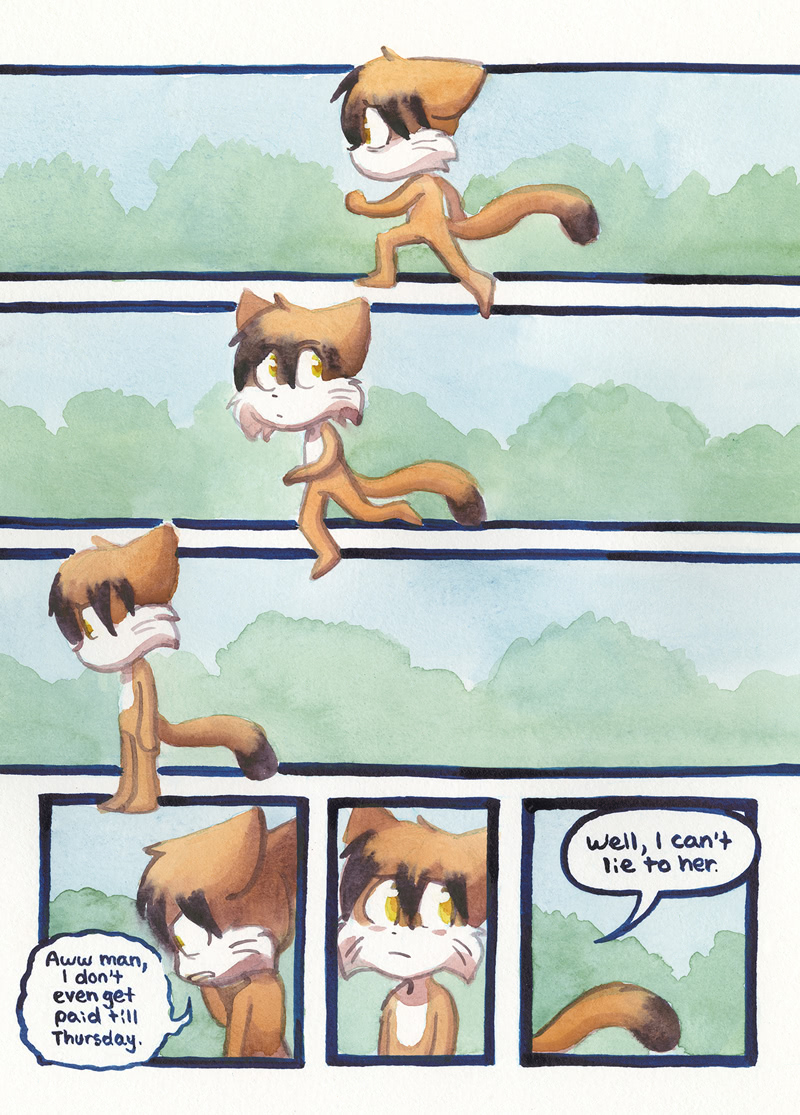 Paulo, sweetie-pie, you have to run between the lines! What, it’s because you’re having trouble being Straight lately?

The notion that he might run into Matt at the movies (or anywhere else in this arc) is still a possibility. Given the circumstances of Paulo being flustered with what happened to him recently, it would not be far fetched if he just suddenly ran into Matt and they just decided to hang out or something. My guess (among everyone else’s) is that Paulo might meet up with Matt, from then on they will have a conversation about the current state of Paulo’s identity; however, hilarity and embarrassing hi jinx will ensue before that point. I believe by the end of this arc Paulo will walk away learning something new about himself, which will allow him to mature even further then he already has!

It’s asorable that he can’t lie to daisy. He’s like “I love my friend I can’t lie to her even if I do end up broke”
That’s real friendship there and its SO sweet