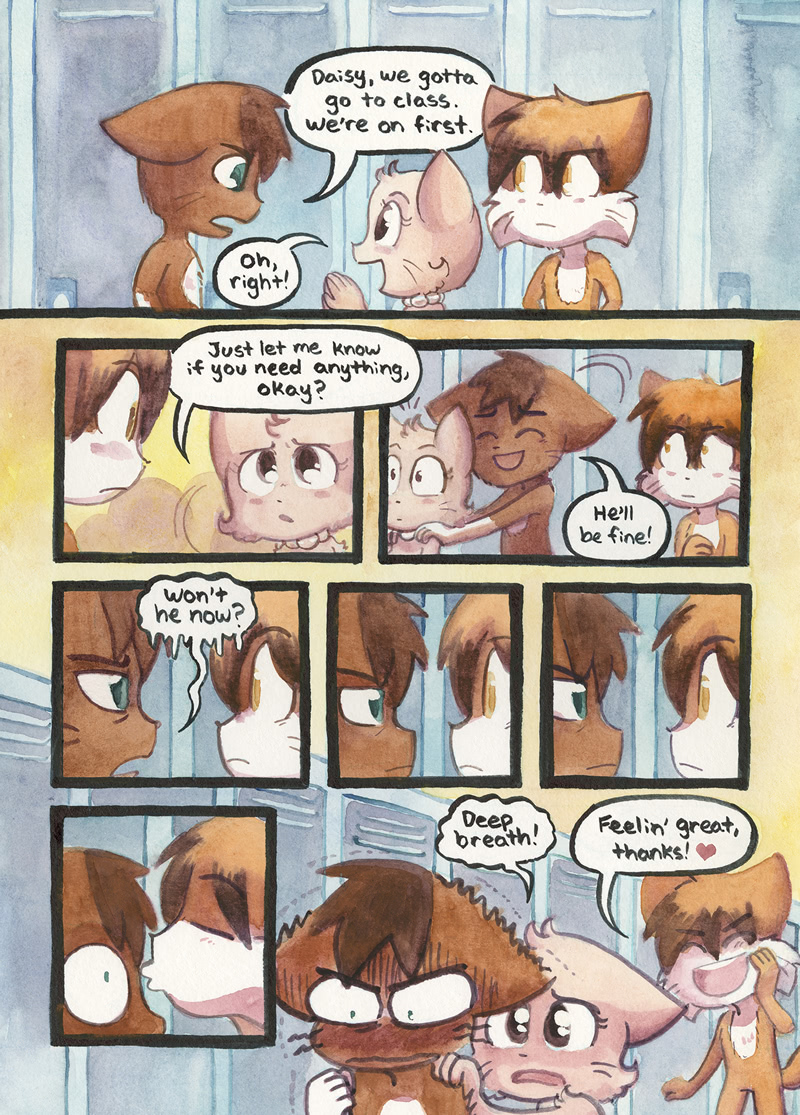 Veronica: damn it’s a good thing Daisy was there to push Abbey away!!!

Abbey’s making progress isn’t he? This time he only glared angrily instead of beating the crap out of Paulo right there.

Okay since some of you nincompoops are forgetting much of our story progression with Abbey, Imma point some stuff out.

- His father was a guy that cheated on his mother, and also beat her and possibly the kids.
- Paulo frequently cheats on the only woman he claims to love (Lucy)

Is it that off the board that the kid that grew up with abuse being in the same breadth as cheating, is highly suspicious of a ladies-man like Paulo?
Furthermore, Paulo has bullied Abbey. He shamed Abbey for his family issue IN FRONT OF HIS ENTIRE CLASS so Abbey would be shamed into taking his pathetic excuse of a girlfriend, Daisy, back.

ADDITIONALLY! Daisy knows he has a strong/fear connection of cheating because of his home life because she’s really the only one Abbey opens up to about it besides his therapist. And what does the little bitch do with this knowledge? Frequently fantasize about Mike in front of the poor guy and in front of all their friends making their relationship to be a public joke and she always dotes on nearly every other male character besides him. She also seems to only be legitimately into the idea of a bf rather than Abbey. She always knows he loves her, but feels the need to keep him around even though she doesn’t even plan to reciprocate his feelings.

This understandably makes Abbey question if his own romantic relationship is emotionally abusive. And understandably so. He really isn’t that jealous, Daisy literally goes out of her way to make his cheating insecurities worse by all her nasty push-pull behavior. Wanting to sex Abbey at a party, then immediately fawning all over Mike in the same night. She’s a pretty terrible girlfriend folks.