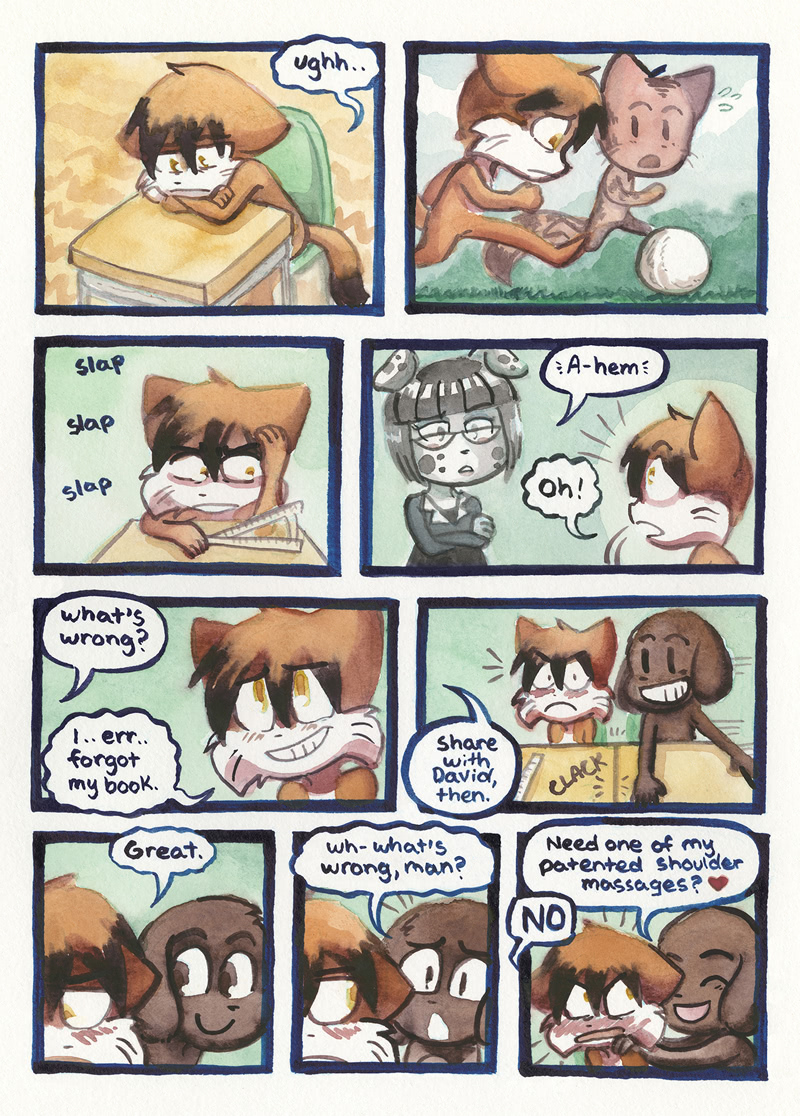 This is the first time we’ve been shown Rachel actually mad at Paulo. Even during the study chapter, she either acts mad for a little bit or actually was mad, but very momentarily. Now Rachel’s mad, didn’t joke it away, and left without another word. That’s got to hurt.

Also, I called David showing up! In my head, of course, but it counts. He’s his best friend in terms of hanging out with each other, and if Paulo doesn’t know that David is bi (technically we don’t either, according to in-comic canon) he’s got to be picking up on David’s utter nonchalant and carefree attitude when it comes to expressing affection. What’s he gonna do about it? Certainly not blow up like he did with Matt. I think the next few pages should be very enjoyable.

Thanks again to @Taeshi and @Suitcase for all you do to supply this brilliant comic free of charge!!!

Everyone needs to lay off Paulo a little, he is just a little confused right now, I am sure a good talk with Matt might help.

David is like a ray of sun, untouchable to the overbearing dram-angst.
An oblivious, challenged ray of sun.