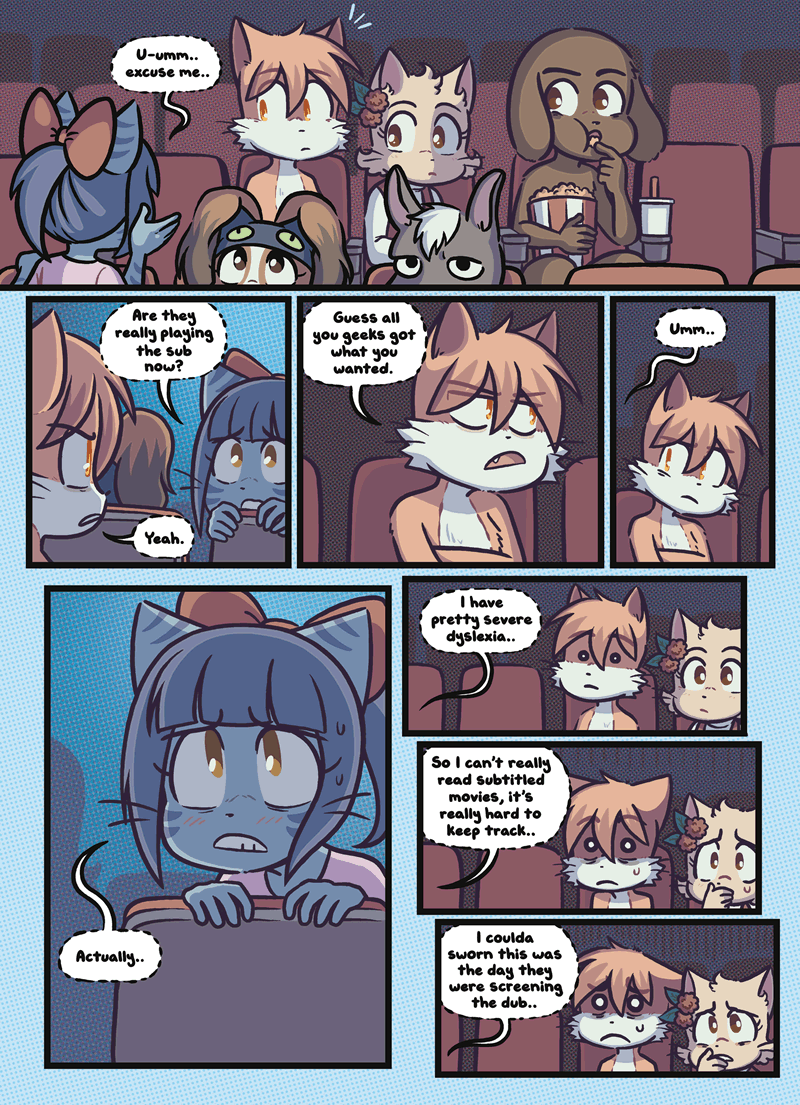 That poor girl, those weebs will suffer for this!

They won't. Toxic dweebs never get turned away. Their echo chambers are big enough that they never face opposition, reasoned or otherwise, to the actions they take. So others suffer from their demands, including those who would otherwise be their allies. This girl knew the film schedule better than the echo chamber did. But instead of joining a welcoming crowd that loves good anime, she is forced to put up with the pure and righteous and will end up online with a talkbox spitting out the exact same venom. Imagine the stories she could tell if she found support. She won't. Not today.

MAKE A SCENE PAULO, GET MAD, SHOW THEM HOW IT FEELS

OHHH NOOOOOOO poor girl ;____; it sucks that the sub fans did that just because they didn't pay attention that they got tickets for the dub

I‘m Paulo in the last panel DD: this poor girl…

I feel for this poor girl because it’s happened to me twice. Luckily the theater was nice about it and gave me extra tickets and such but it’s so frustrating feeling like you’re “broken” or “dumb” for not being able to read like everyone else and suffering because you don’t want to ruin everyone else’s fun.

Me too! I used to really struggle with the subs because it was so hard for me to read i would get maybe two or three words out of one sentence and that was it ☹️

I'm SO sorry~!!! I ESPECIALLY hate the hurtful comments that are like "Stop being LAZY". (╥﹏╥)

this poor kid omg ☹️ I know the nerds didn't do this on purpose but we all know how little most nerd communities care about accessibility... ugh

OH NO IM HOLDING HER

Always something ain't it

She is so cute, I love her design! I hope she can get a ticket refund...

That's the one thing I hate about self entitled fans. They complain that they didn't get what they were paying for but in fact did pay for it but are too stupid to even check if it's what they want, then go and demand with a mob to have something replaced with the original. There are people out there that want to watch anime or anime movies dubbed so they don't have to hurt their eyes trying to read what they say and ones like this girl who has this disability jumble up all the worlds so they can't understand it. If these stupid self entitled fans want to watch eng subbing of the anime movie or anime in general than just stay at home and look for it online on streaming platforms or anime sites and don't drag innocents who want to watch the dub to see how the English voice actors do compared to their Japanese counterparts or want to watch it because they can't read the subtitles because of dyslexia.

^ So much this. I don’t even have anything more to say on that. If you want the subs, go watch it at home, baka!

As someone with dyslexia. This cuts deep and is the main reason why I don’t watch sub. I feel for you kiddo

And who says movie dates suck since you can't talk

As someone who can't watch subbed anime anymore because it gives me massive headaches from eye strain: I can relate.

😐…😭 oh just broke my heart. If I were Paulo I’d read the subtitles obnoxiously loud.

Yeah, I have vision problems so I have massive problems with subs these days.

This is where the 4 of you go and complain to the poor beleaguered manager (Amaya’s dad) and say you actually did pay for the dub and you’re sorry these dimwits were too stupid to check their tickets, but.. could we, like, get a dub showing -at some point-?