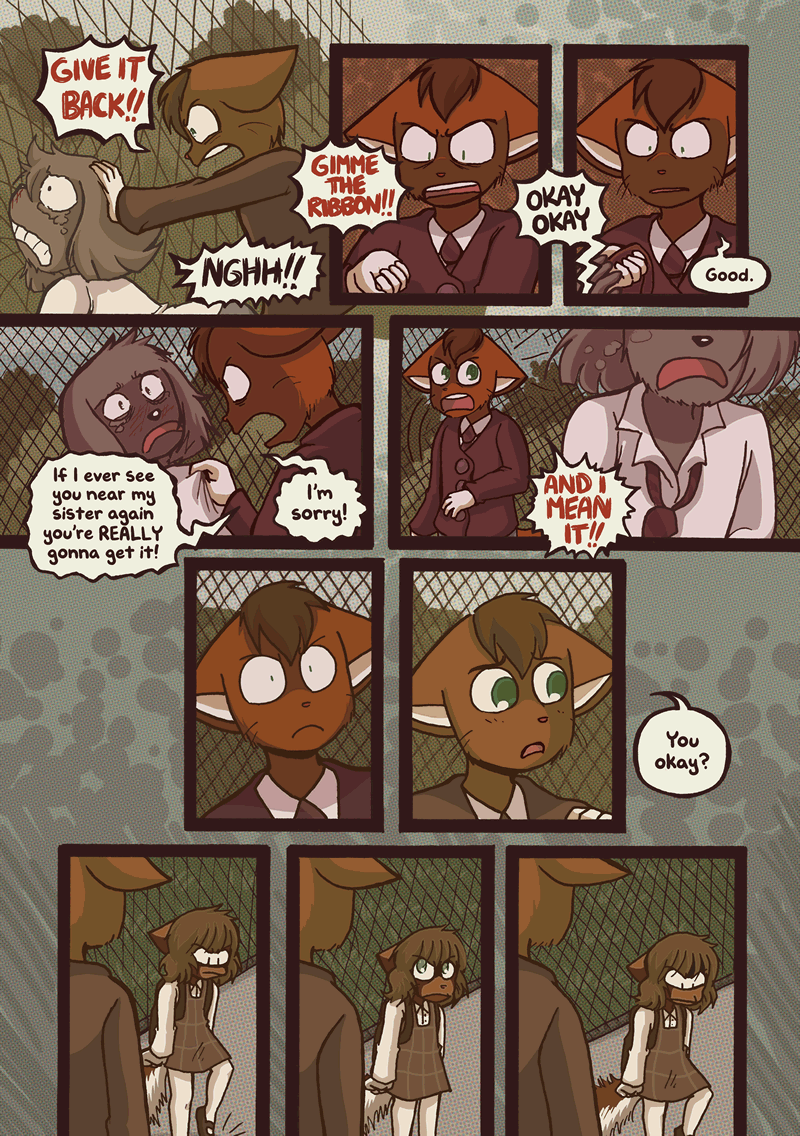 Veronica: I like this callback to when Abbey rescued Tess from the guy attacking her, his eyes change considerably depending on his level of anger.

Speaking of angry, I’ve tapped my foot in annoyance like baby Molly :(

Jeez, Abbey. You really are turning into your dad, aren’t you?

I mean, he may have equated this with how his dad used to hit his mom, but he’s not reacting in an ideal way. He’s doing the exact thing his father would probably do, and that’s losing his temper, then taking it out on the cause of his frustration.

It’s sad because of how much he hates his father, yet he is unknowingly turning into him. There are much better ways to deal with stuff besides violence. Though, from growing up in an environment like that, I guess it’s what he’s used too. Poor kid.

Aside from that, with that look on Molly’s face I doubt she’s very grateful.

Violence is never the answer, but it is not always wrong. Some bullies are really deserving of a good beating, especially the spoiled ones since getting to them emotionality is impossible due to the pampering given them by their parents. Kids will be kids, the jerks will beat up people to bully them, and someone will beat them up for bullying, or at least try. Let kids be kids, it is up to us adults to preach and practice non-violence and to know right from wrong. A child’s world is black and white, thus has it always been and always will be. I find it less wrong for a child to beat up someone because they were hurting someone else either emotionally of physically than I find it for someone to verbally abuse another.

That’s not unusual. Infact, this is completely normal behaviour for a sibling who is acting in a protective manner; Abbey acted with enough force to get what he wanted but did not continue to do so once he had the ribbon.
Yes, maybe someone who hadn’t seen violence in their family would have chosen a different path, but then again - we’re not born with reasoning or diplomatic capabilities. Use fists, get items.