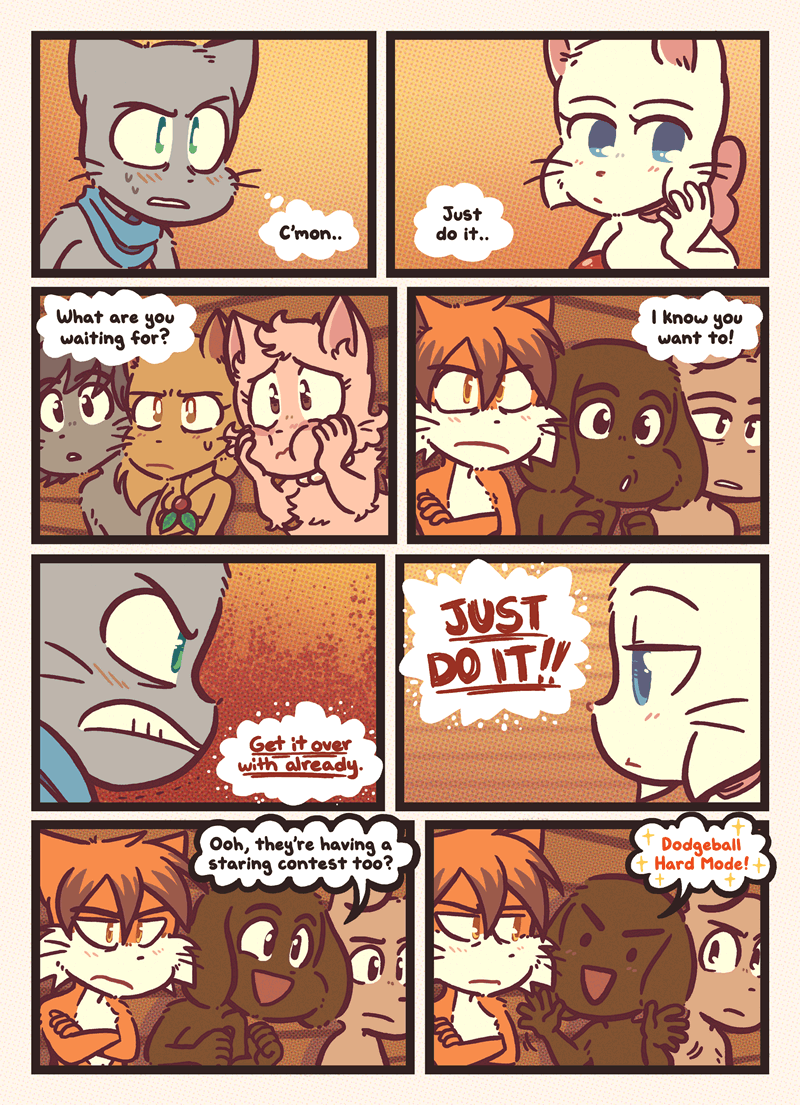 Veronica: The extreme mode is being on unicycles

Oh Lucy, I love you. Make him squirm. Lol

It’s funny how when you give someone what they want, they still complain about it. “Omg I wish you were out of my life.” Lucy leaves and he claims somehow Lucy purposely left in order to make his life harder. “I want you to leave me alone.” Lucy acts like a stranger to him and he gets angry. Victim, victim, victim. Always the victim, Mike. Doesn’t matter what she does, as long as she exists, you hate her for it and blame your problems on her.
Btw I’m paraphrasing the quoted parts, obviously. He never said she purposely left to spite him, but he did state that everything is about Lucy, even when she’s gone. Also, yes, Mike was indeed a victim at one point, but it was just as much his fault as hers and he never once owned up to the fact that he gave it to her too and never once said stop until he exploded.

Mike, you seriously need to work on your issues she’s just standing there, deal with your guilt.
Lucy, good for you for not taking him out with violence, good for you for growing past that being your only answer.