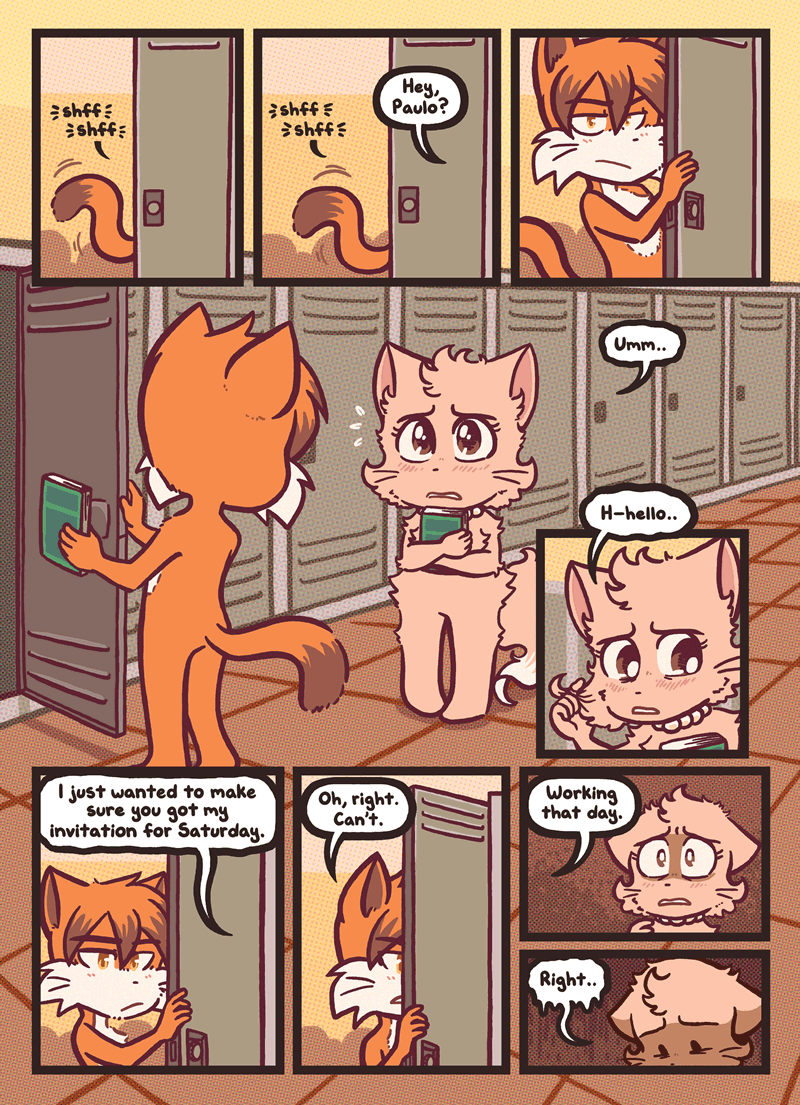 Veronica: At least Paulo can come up with plausible excuses now!! Not like a phantom relative dying, work excuses always do their job.

Jeez man, just when you think winter is ending, Taeshi brings you a blizzard of ice-cold cats.
Also Daisy is so freakin’ cute here sheeeeesh :0

At least Paulo is talking to her again. But I bet Daisy and Mike turn to each other for support because they pushed away the people they took for granted.

You gotta actually apologize before anything else, Daisy. Ya doof.

I mean, to be honest, Paulo should’ve been more up front with Daisy; instead of brushing Abbey’s abuse to the wayside. I mean what if he had started to do that to her?? I don’t know why she’s getting a ton of hate. Daisy was just sticking up for her boyfriend; after Paulo was making cracks about his DEAD MOM (who does that???) isn’t that to be expected in a relationship?? Why is everyone upset that she wasn’t psychic. Yeah, Daisy should apologize for not knowing, but Paulo shoulders just as much of the blame.

Ouch, the rejection is real