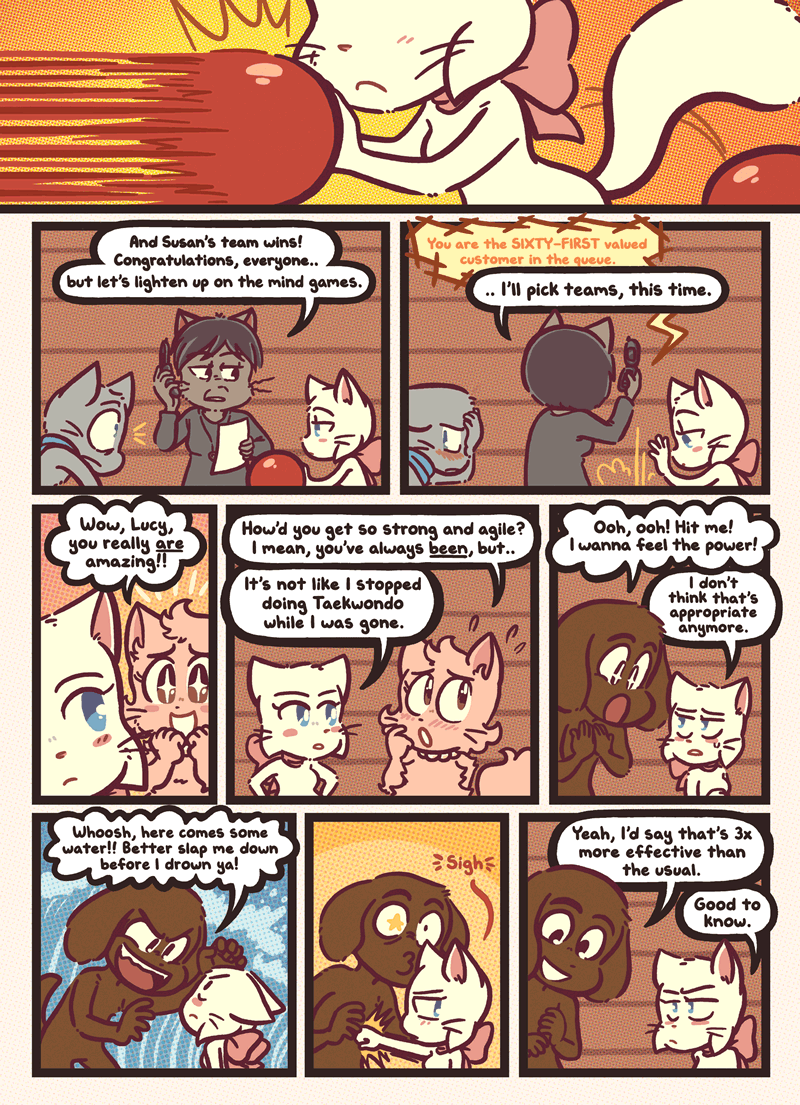 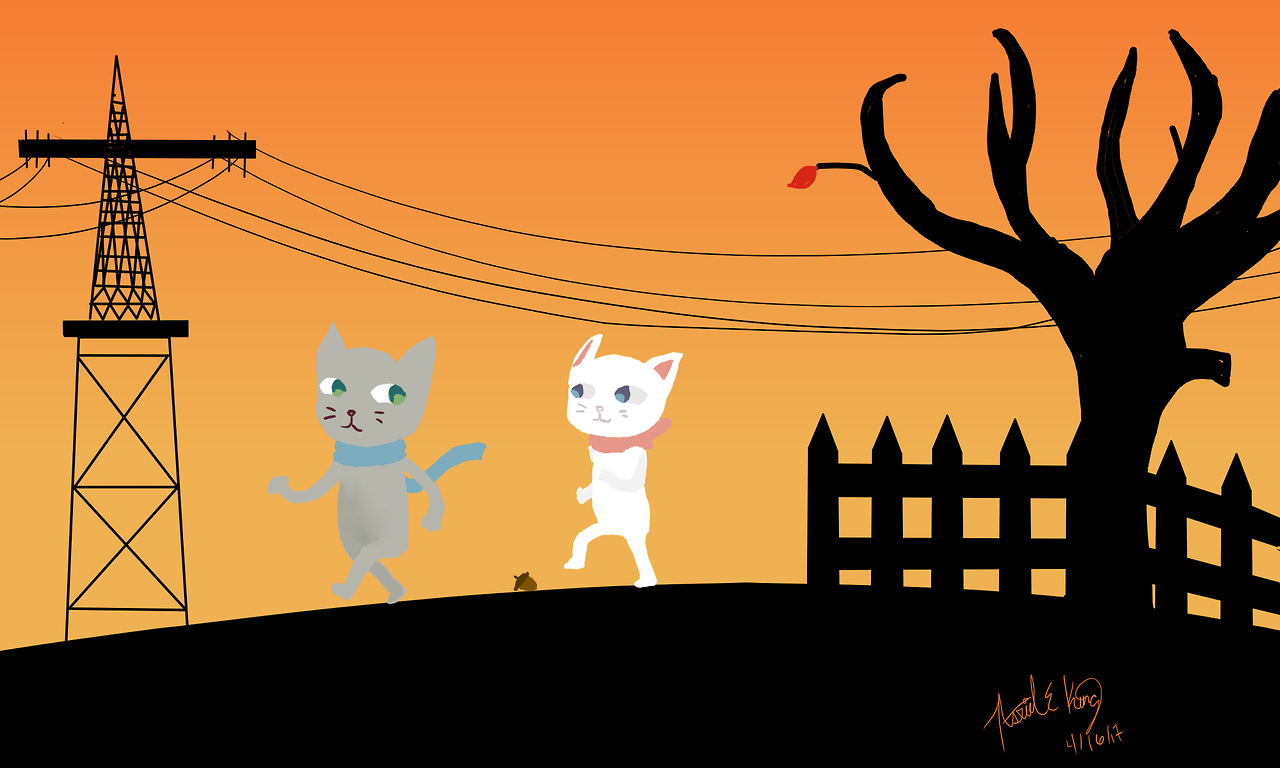 it was a simpler time then
i needed a break from what i was currently doing so i decided to draw mike and lucy in the style of nitw. they look… odd… without their tails. well, lucy does, at least.

David don’t ever stop being you.
Good for Lucy for not engaging Mike. He’s not worth her time or consideration at this point. Now at least Mike looks sort of like an idiot.

Ugh. I always forget how much I dislike David until he opens his mouth. He rarely adds anything, and his jokes are badly timed and insensitive. If I was one of his friends, I would have stopped being his friend long ago. You don’t say “worst ship sunk” to a friend immediately after their breakup. You don’t goad a friend into hitting you when she clearly just expressed that she doesn’t want to. Asshole behavior with a big dorky smile is still asshole behavior