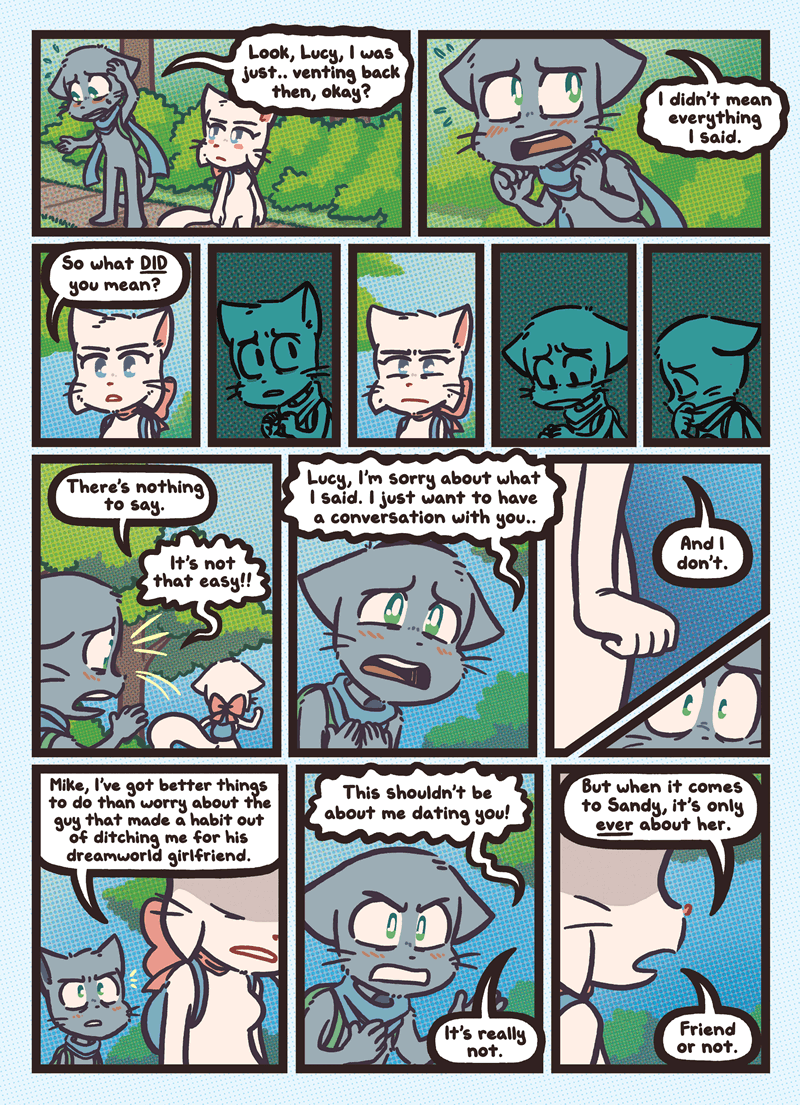 Veronica: this is going well

Mike, you’re a liar.
You did too mean what you said to Lucy. You said to Sandy you wished Lucy was dead. Only when your previous Sandy was appalled at what you said is when you backed off that statement.
And Mike is still making this all about him. He wants to continue to be normal with Lucy, regardless of how she’s feeling. After what happened, Lucy has the right to not want to continue to be around Mike.
And lucy is right. She was the replacement when Sandy was around, only to be cast aside when Mike finally got Sandy. Mike twisted things so he would be the poor bullied victim, even though he and Lucy contributed to the toxic relationship. Good guy Mike is not.
And that’s not a genuine apology Mike.

you tell him Lucy!

im going to step on mike

All of you that are apparently on Lucy team or whater…. you keep saying she’s over and stuff like that, but did you notice that when it comes to her, IT’S STILL ALL ABOUT MIKE? What he wants, what he said, what IS according to him? She even stopped considering Paulo and the rest her friends because according to him they’re not her friends, she doesn’t even consider that it’s up to them to decide that, not Mike -_- Yes, what she had been through was awful, but it still pointing out to her being fixated on Mike (trying to kill herself because she was unable to cope after he apologized) and being SELFISH (because suicide is, and always will be, selfish, no matter how justified. Did she consider what her family and friends will go through as she jumped? No.)
To sum up; Lucy is a bad as Mike, if not worse (at least he admitted to being wrong and apologized), and I hope she eventually gets a reality check.