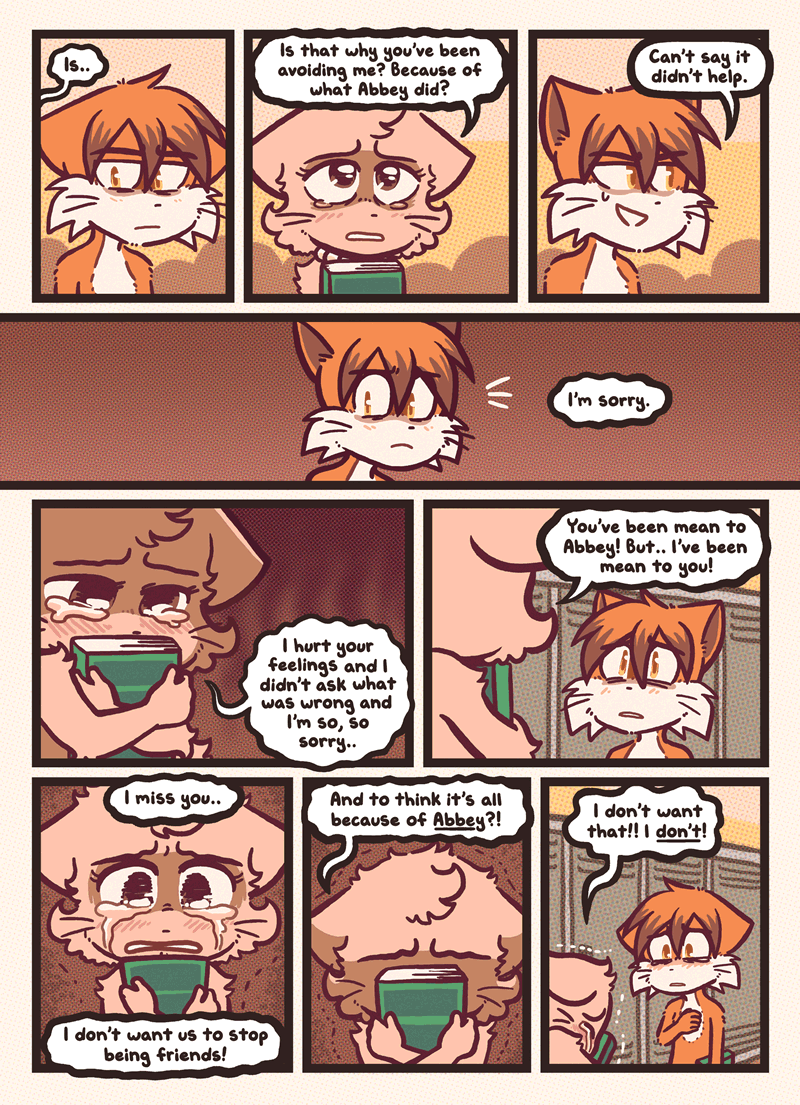 Veronica: Every time I got to Daisy’s dialogue in the 7th panel, I felt my own eyes tearing up a bit at how she’s upset, Paulo would definitely react the same way.

Hmmm. I see a lot of people saying that Paulo should stop being a dick….but Daisy owes him an apology before they can just go back to normal. Yes, I think Paulo needs to apologize for not explaining what had happened with Abbey but Daisy never really gave him a chance. He wanted to tell her on the phone but she just steam rolled all over him. I understand he was out of line with the “Dead Mom” jokes but he doesn’t deserve to be threatened, manhandled and guilted for it.

I want them to be friends but I hope Paulo doesn’t fall back into thinking Daisy is perfect and Daisy doesn’t change because of this.
She can hurt people and she needs to realize she needs to take a look at herself and how she treats others.

I instantly want to hug her right now. There there, little Daisy…