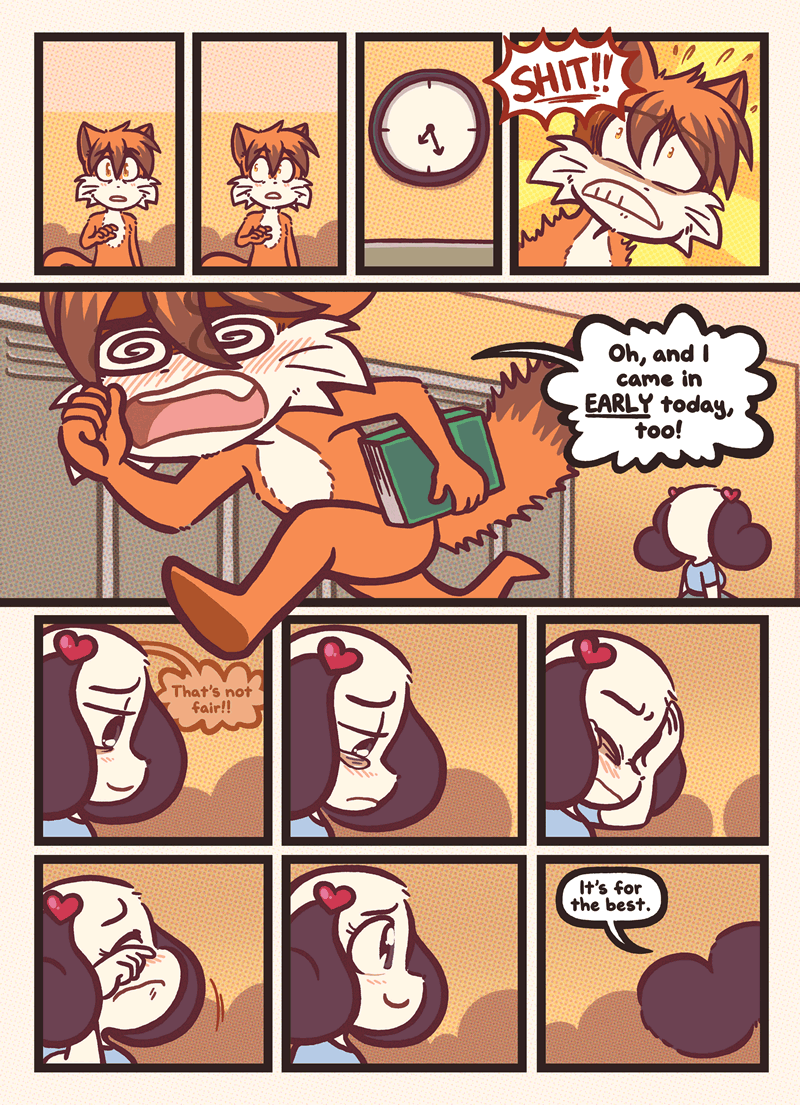 We are at Anime Boston this weekend! Check the news post at the bottom of the home page :D

You know what, I’m flipping sides, Paulo is an asshole for being so clueless about her feelings. Their relationship has evolved into more than fwb regardless of labels. He’s being a shitty friend living a pipe dream. Lucy doesn’t even give him the time of the day.

And any sympathy I had for Rachel just flew out the window.
Paulo asked what was wrong, and you said nothing. So quit your sulking. And call off Maddie while you’re at it.
If this was supposed to be a clean break then make it a clean break.
I’m tired of Paulo getting pounded every time he turns around.

It’s good to see that Paulo was willing to talk if something was bothering her, but Rachel knew it would be best to just let it go. Her feelings were getting too deep, and despite bringing up to Paulo DIRECTLY how difficult it was to not fall in love with him, he never made an offer to be anything more back to her.
It’s not really anyone’s “fault”, just an inevitable ending as long as Paulo’s feelings stayed the same. And that’s fair! You can’t MAKE someone’s feelings change, and maybe Rachel hoped Paulo’s feelings would change, but here she is, getting out before the hurt gets any worse. Good on her! She’ll be all right, eventually!

That moment when you know with certainty that you were nothing more than a cock-warmer.