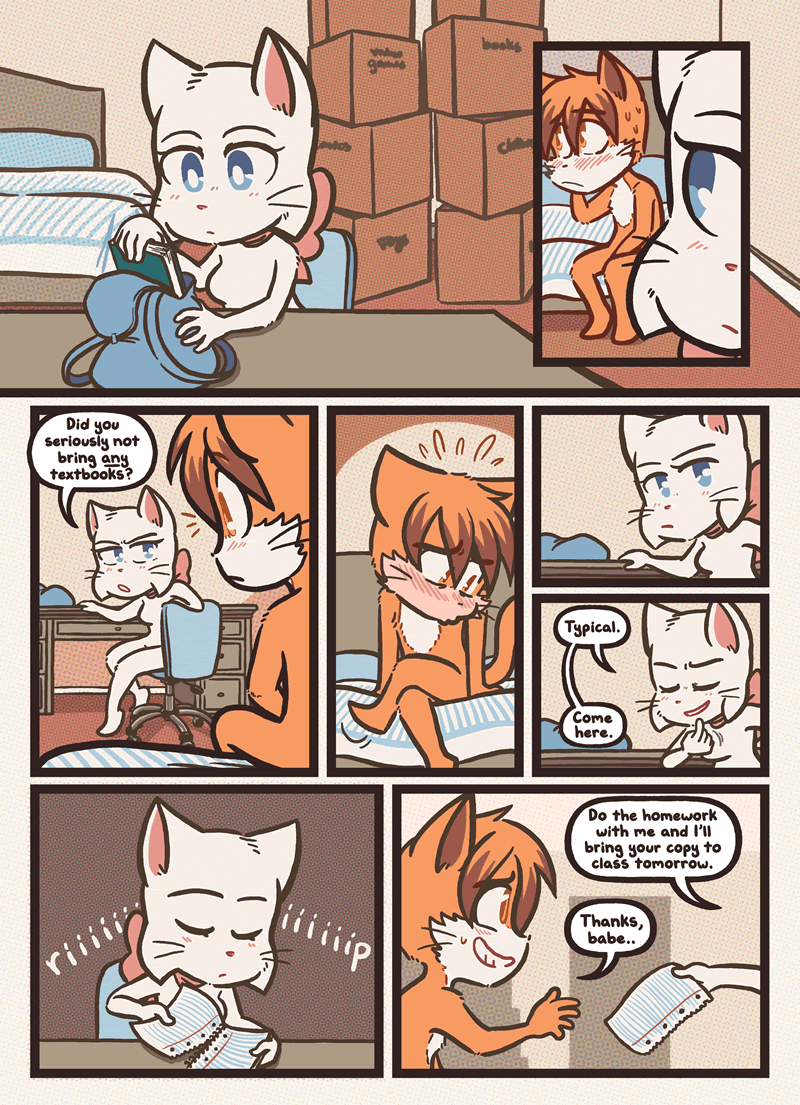 Oliver: Every once in a while we update the online comic archive with all the art and dialogue edits from our newest book. For Volume Four, I never got around to it! But this weekend, I finally did, along with Volume Five! So if you want to re-read from Piece of Cake to Class of 2008 (literally, all the watercolour comics) you’ll see hundreds of changes, although if we did our job well none will be too noticeable. Most notably, the first half of Volume Five now has outlines around speech bubbles, which was a whole lot of work but now it’s done. Otherwise, it’s the product of our frenzied readings and re-readings in the leadup to printing, and represents something made a little better with a couple years of hindsight.

You can see everything on the new, improved Archive page! Where yes, finally, Volume Four and Five get their own section. It’s all a little tidied up (and now mobile-friendly.) BINGE SOME OLD COMICS TODAY.

Veronica: I wonder if people have noticed by now that I don’t give Paulo a backpack on purpose

>Facepalm.
Wait ‘till he sees Augustus.

meanwhile im just gettin deja vu to the time when he was suppossed to study with mike
my heart breaks… goodbye, mikexpolo….

Paulo is a silly kitty. Being all embarrassed he forgets his book, but Lucy doesnt mind it. At least she’s helpful to get homework done. I wonder what’s going to happen? Will it be a fun date? Or something gonna go wrong? Whooooo knooooows!!!!
(Inner me: ship it ship it ship it dang it!!!!)

I used to enjoy several pairings from this comic. MikexSandy and DaisyxAbbey were among them. But now I find that none of the pairings really appeal to me anymore. But now I’m looking at Paulo and Lucy, and I’m thinking..
Well I dunno what to think. I guess that means I think it can go either way from this point. Depending on his reaction to Augustus and how Lucy responds. I know I said that Paulo would get over Augustus eventually, but given what Augustus did to Daisy, his initial reaction might be harsh.
And if it is, Lucy might try to cut Paulo off like she initially planned. Maybe they’ll want to make up with one another eventually, but who knouws what’ll happen (romance wise) between those points. These are the drama cats after all.