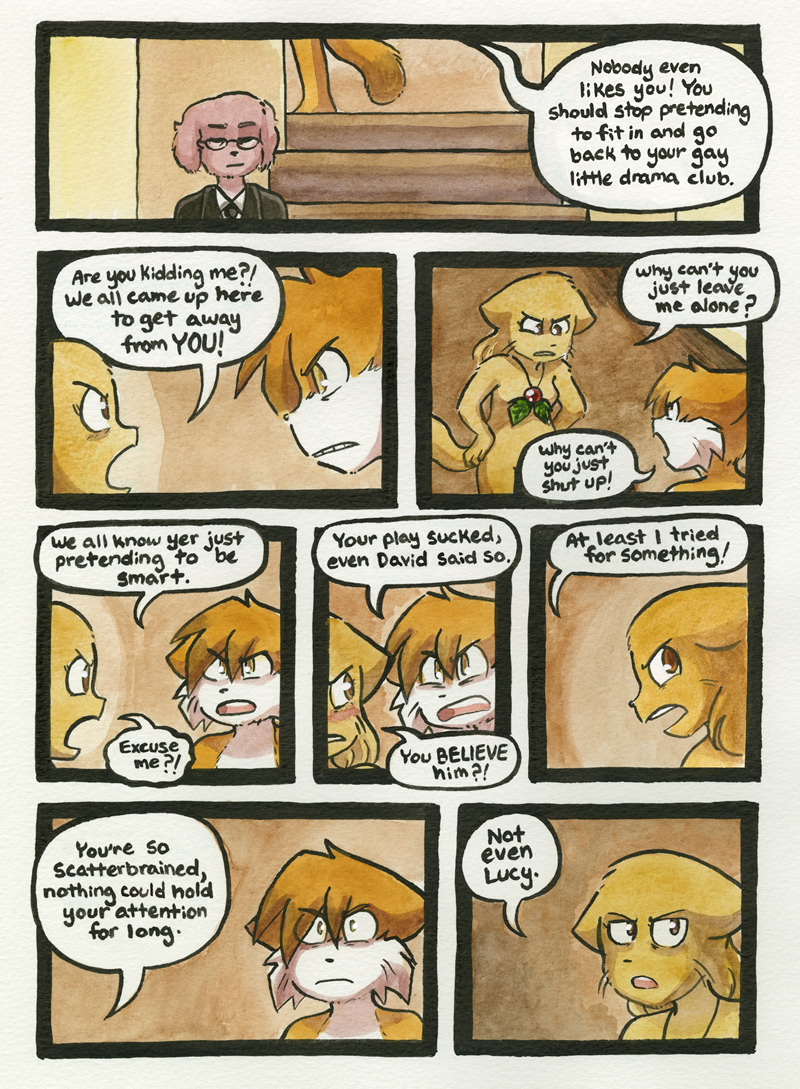 I hope Paulo doesn’t take the “Lucy” route and insist his behavior is justified and change nothing.

Yeah Sue wasn’t exactly cordial when he came up stairs but he basically quoted Mike by telling Sue that no one likes her.

Yeah that was a low blow on Sue’s part, but Paulo has been rude all day, and comes upstairs to insult Sue more and tell her that her hobbies suck and her play sucked.

Both characters deserve a bit of a reality check. Neither is really acting all that mature and have both had opportunities to do the right thing. Ultimately someone or both persons are going be hurt after all is said and done. I can’t really imagine how Paulo is going to react. <3 drama cats

I normally like Paulo, but I’ve noticed I only like him around Lucy - around Lucy he acts like a decent person. All chapter he’s annoyed the sh*t out of me.
He drags the others down, he makes no effort at anything. And I agree - at least Sue tries for stuff. At least she tries to write, create and be sensible.
I can also understand completely what sue said about Lucy.
Considering Paulo “loves” her so much (which kinda came out of nowhere to me - I know he had a crush on her for years but I don’t know why he’s decided its love all of a sudden, especially since he was so keen to spend more time with Jasmine before) he was perfectly cool to jump into bed with Rach. And don’t give me “he was emotional” - you don’t just have a night of wild sex and not once think “oh wait I shouldn’t be doing this”.
Part of me worries that because he acts like such a knob around the others, that his niceness around Lucy is only the result of him having the hots for her.
I do think sue overstepped the mark but he has been relentless in his constant dickitude.