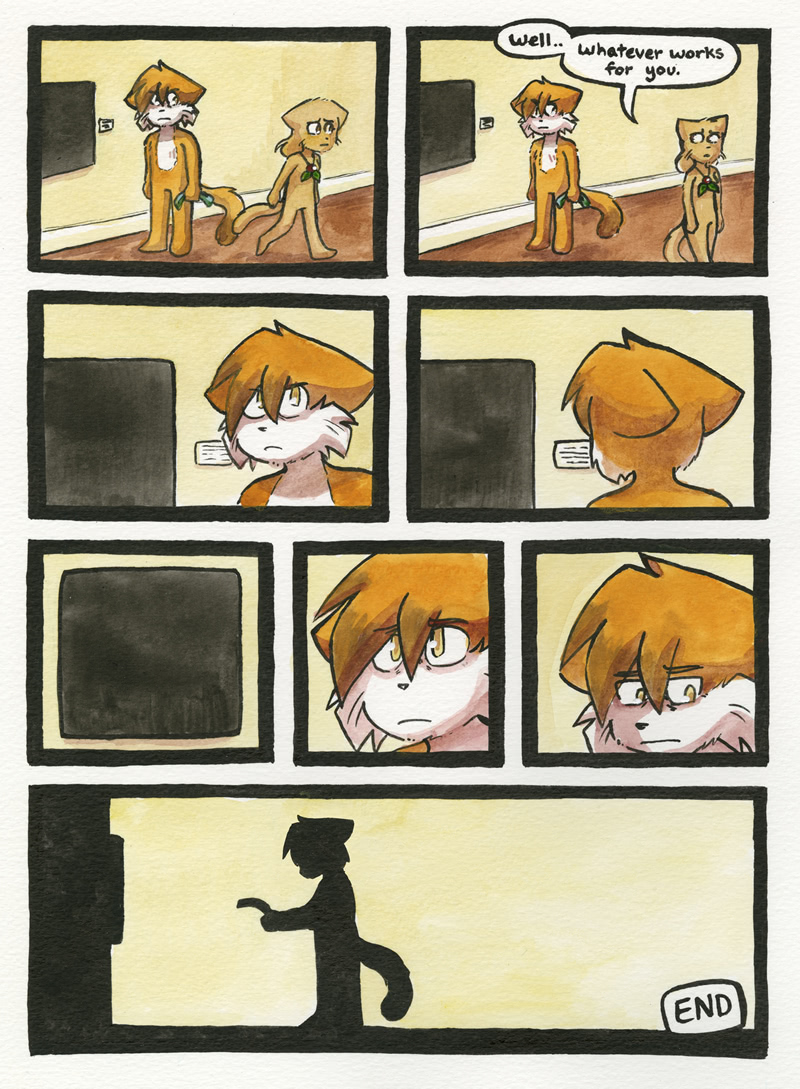 Veronica: Thanks for reading!!!

@Misanthrope: I just had an amazing thought. What if Lucy is doing better than all of them when we see her again? It will be a long time from now to when we see her again so maybe she will have moved on with her life by then. Only sad thing about that is that Mike will never have his chance to get Lucy back… well let’s face it, it was too late to do anything about it a long time ago. Most he could do now is try earning her forgiveness and move on.

Or she could be a wreck when she sees him again and they could try working something out, but the first one is the direction I’m leaning towards.

Paulo and Sue both regret this argument ever happened… I guess it shows that they both have some maturing to do. I hope Paulo gets his act together before he ends up alone. As for Sue, she needs to learn that she doesn’t have to try so hard to fit in. I’m sure the others would be accepting of her.

I felt like the conversation they just had was less about knowing the meaning of paintings, and more about how they are coping about the whole Lucy deal.

Summary:
Sue: “You are terrible for not doing it right!”

Paulo: “I’m not supposed to know how to deal with this, and if you pretend that you know, you are a liar!”

And then Paulo proceeds to write a mind-blowing essay about the black painting.