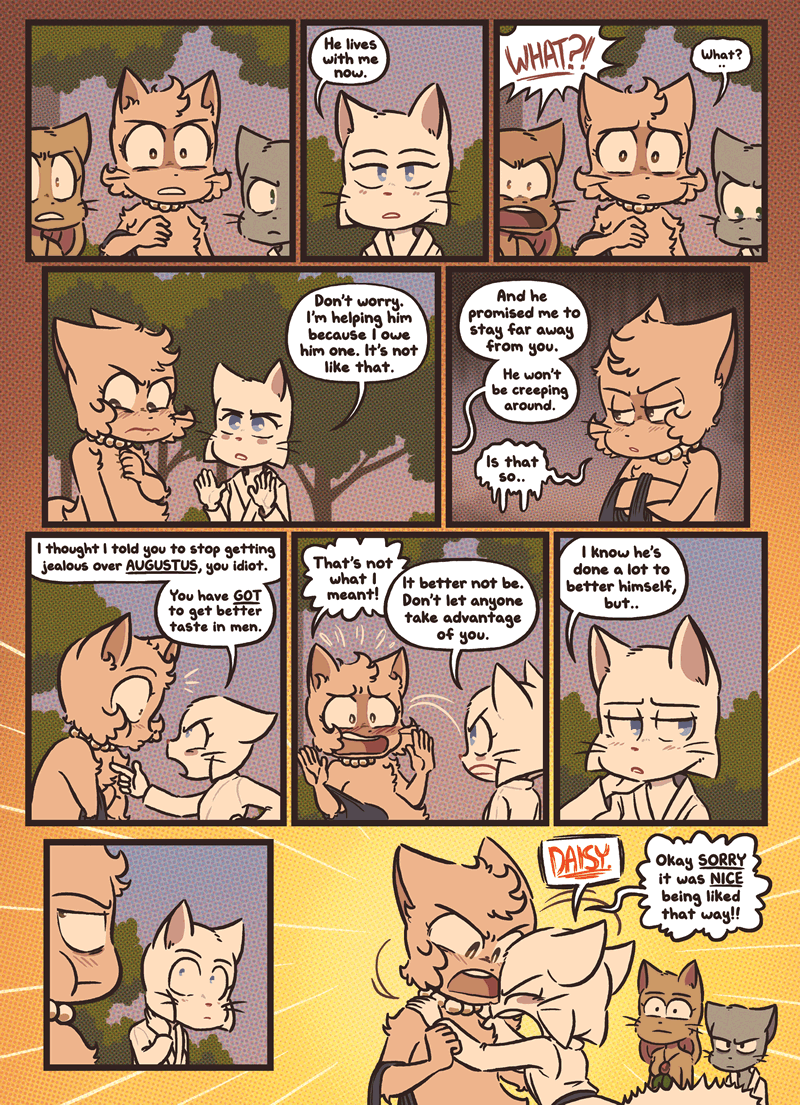 Veronica: The things you say, Daisy.....

We are at Anime Expo right now!!! At Artists Alley, table H27!! Stop on by if you can! We got a long weekend ahead of us~!

eyyy I was here the SECOND it was posted
nice to see lucy showing she cares about daisy- even if she’s being brusque as hell about it (read: kind of an ass,) she clearly seems to be concerned that daisy is still interested in Augustus and it also shows she’s not cutting him too much slack for what he did. altho a lot of her jokes about it were kinda ehhhhhh… she’s not trying to say ‘he’s not so bad’ to the girl he hurt.
pretty mature for a 15 year old- despite Augustus saving her life and becoming close with her, she’s still holding him accountable for her friend, even if she and said friend didn’t always see eye-to-eye. at that age it can be really hard to be nuanced about people’s actions and i would’ve expected someone at that age to try and defend the person who saved her life and became her friend over someone she was never super close with […]

I’m honestly so tired of Daisy’s inferiority complex and I don’t think I’ll ever stop mentioning that until she actually realizes that she needs to love herself instead of depending on other dudes to tell her she’s great. I’m a little grossed out on how obsessive, stupid and overprotective she is over a guy that she didn’t even genuinely like as if he was her boyfriend. She doesn’t own Augustus, and not to mention that she even told him to find his own happiness even if that couldn’t be from her. So suddenly, when it’s Lucy, it’s problematic.
Daisy, fahkin get over yourself. It’s frustrating to try liking you when you’re acting the way you do.

All I have to say is: those facial expressions. Especially Sue’s.