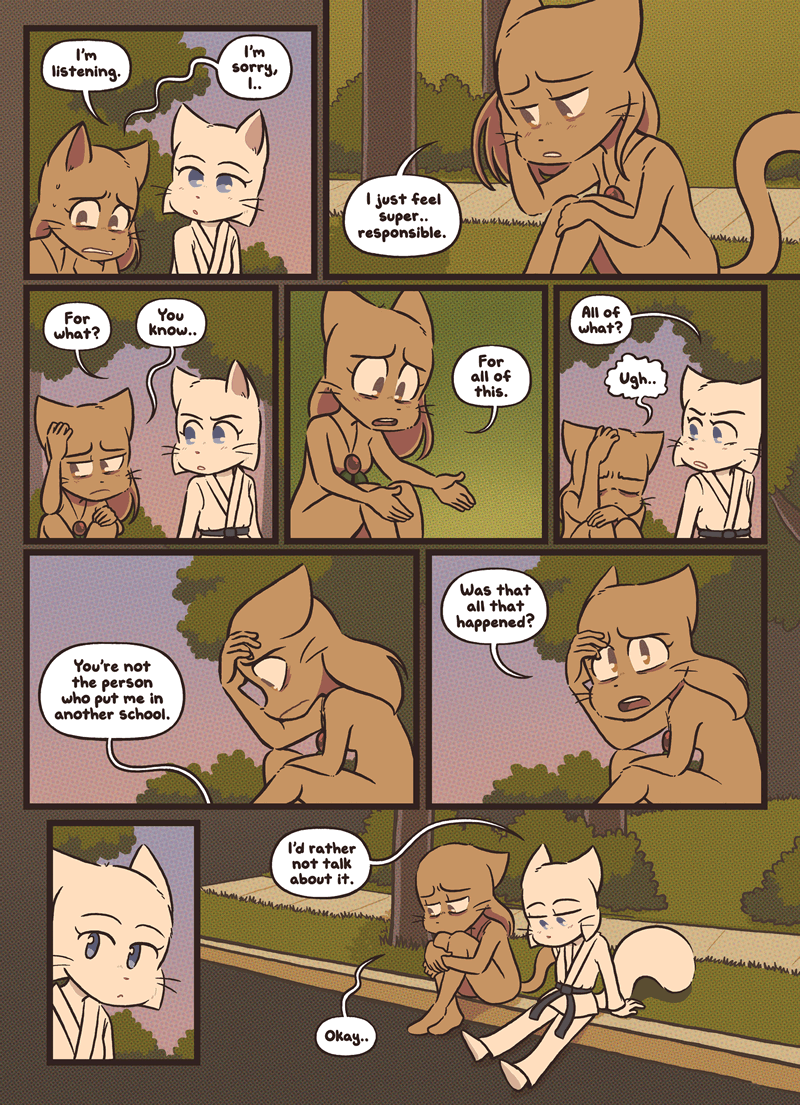 Veronica: so what is the truth

ANNOUNCEMENT: We posted a new season of Ships Ahoy comics to the members-only comics library (become a member to read them!), the BCB Store is now fully re-opened and shipping all its cute and wonderful things immediately, and we urge you to make space in your schedule for the weekend-long draw stream starting this Friday!! Be there or be square, we are so excited to talk with you all again! EVEN YOU LURKERS.

hmmm today’s page….. both Lucy and Sue are… relatable
i wonder what the reasoning for Lucy keeping it to herself are? being in her position, i would take the stance of “this is a large emotional burden that i dont want to put on anyone who doesn’t already know.” i wonder if that’s what she’s been doing with Sue?
it would make sense, especially considering she thinks she was ALREADY a burden on her friends. and Sue coming in with “i feel guilty” is going to make Lucy less likely to share (”here’s something to feel even more guilty about!!” i think NOT).
on the Sue front, i really enjoy when we get to see her little moments of hardship. she’s often the one of the group who has a solid head on her shoulders, but she IS still a realistic person / high-schooler who has her own worries and problems.
Sue being this vague about it because SHE […]

i dont really talk much about bcb on here which is weird bc it’s my longest-running fandom but anyway an obscure want: the augustus acrylic charm. that is a thing that i would like to own one day. it’s only $10 so hypothetically i could def just buy it whenever but i’ll probs wait til i get moved into my new house

yo, any other bcb fans gonna be at AX? we should like…. talk about the comic and stuff IDK. draw