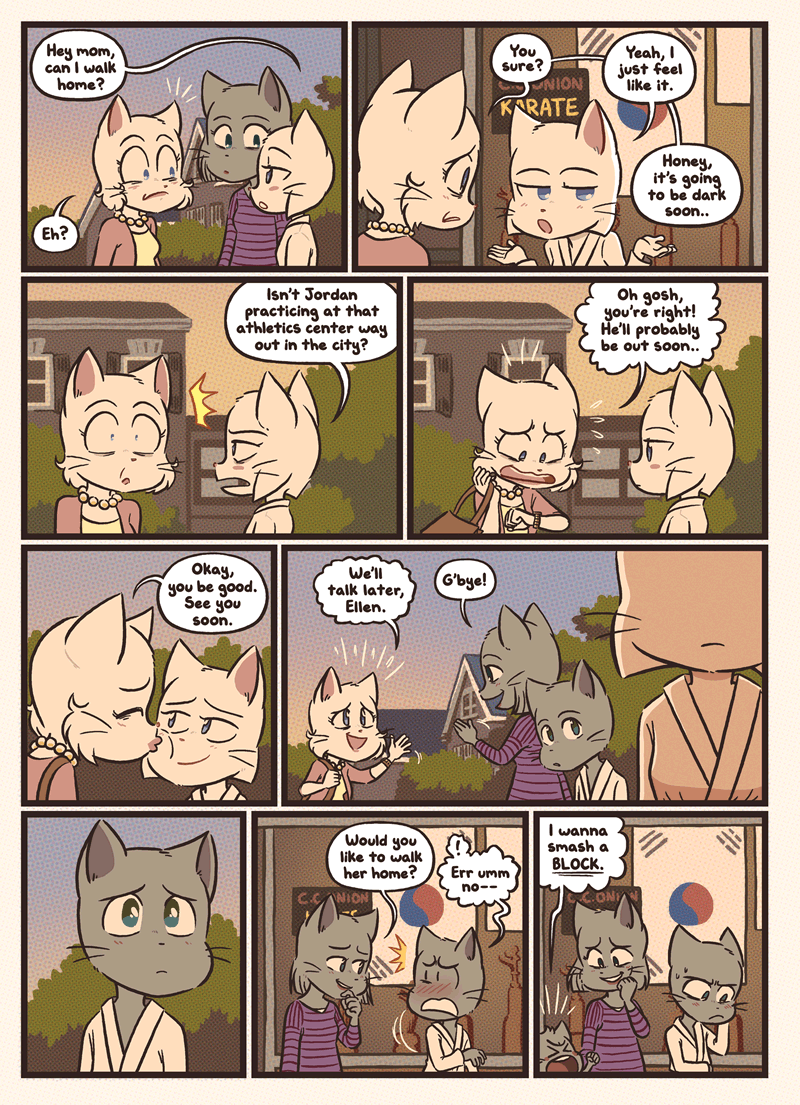 Veronica: Poor Chris just wants to cause mayhem. Maybe when he gets a little older.

Little does she know…

Paulo is not my favorite in BCB. Don’t get me wrong, I don’t hate him, there’s obviously worse people in the comic such as Scarface, he’s just kind of a douch-canoe. Barely gives effort in school would rather slack off or get his rocks off when he claims to be in love only to jump ship, bark is bigger than his bite and knows how to sucker punch but can’t take a hit all while being a total coward who I wouldn’t want watching my back, cherry picks between being a crappy friend, to being a “not so bad friend”. It’s times like how I believe violence is the last resort to any conflict is tested when how he constantly ribs on Mike that giving Paulo a face high five to a lunch table to cure his douche-baggery I felt was needed, seriously; he shits on his supposed “best friend” so badly it’s like your eventually gonna open a can of whoop ass; Mike knows martial […]