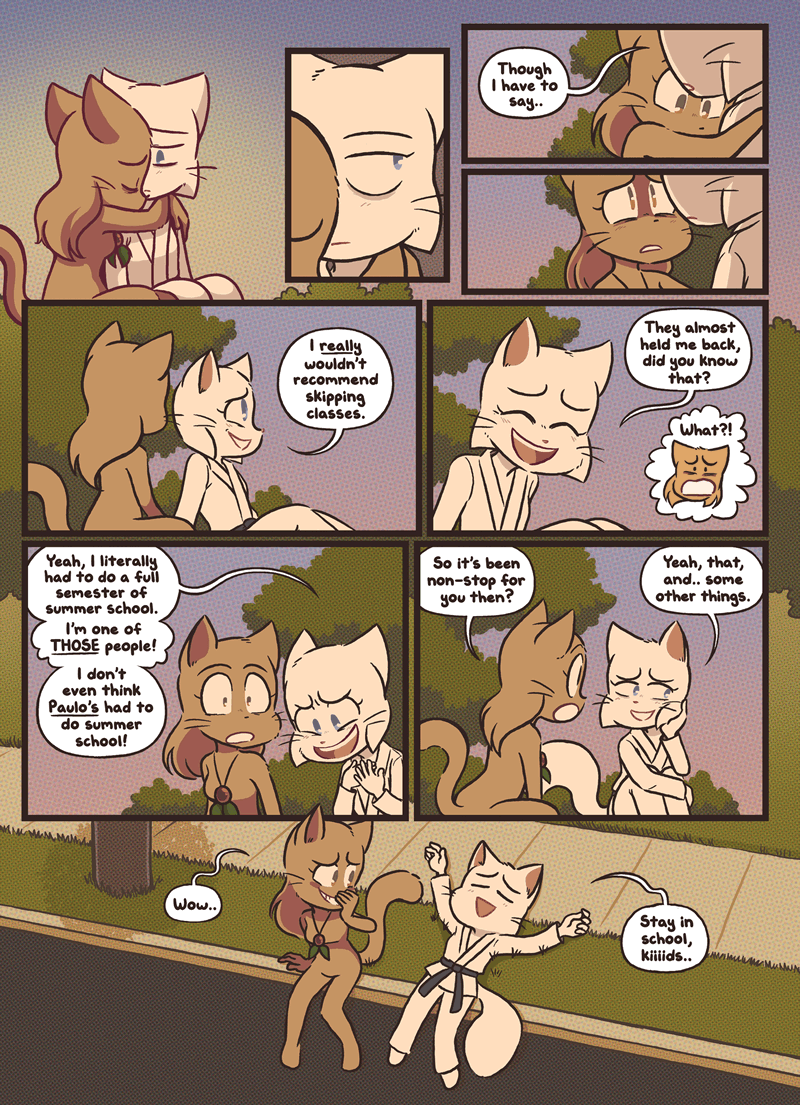 Veronica: Don’t be like Lucy, you guys!! Knowledge is power! Sharing is caring! Brush your teeth, study every night.

god lucy what a loser even paulo doesnt suck so bad

Literally anyone who tries not to make drama and just tries to get through the day. Sue, Amaya; though I’m sure it’s easier not to cause strife when you don’t or can’t talk. That one catgirl who was a fling with Paulo who was pro Christian (or was she Catholic?). Rachel is top tier since she’s just looking for good bed time fun and is looking for someone to love who’s also genuinely looking out for her peeps! My girlfriend likes her cause she reminds her of Parrapa The Rappa! And by default Mile since he’s somewhat a kindred spirit to me, pros and cons alike.

Yeah it’s true, I don’t like most drama in most cases in general, I feel most drama can be settled in three ways, with a long face to face talk, leaving the world and the people who cause it around you, putting on some boxing gloves and stepping in the ring and slugging out your frustration on each other till you reach a standpoint or all of the above, at least in my world it works.
That being said I appreciate Vero’s BCB not for the teenage drama I still feel can be settled easily, but for the situations that come close to the vest and the exception of Mike who I feel close to. Good chunks of the comic get to me, domestic abuse with a shit dad, shity dumb fights in a shity dumb neighborhood with shity dumb hoodlums, with some good ole PTSD and textbook bipolar schizophrenia on top.
Mike for better or worse I see myself from back in the day. In many cases I and […]