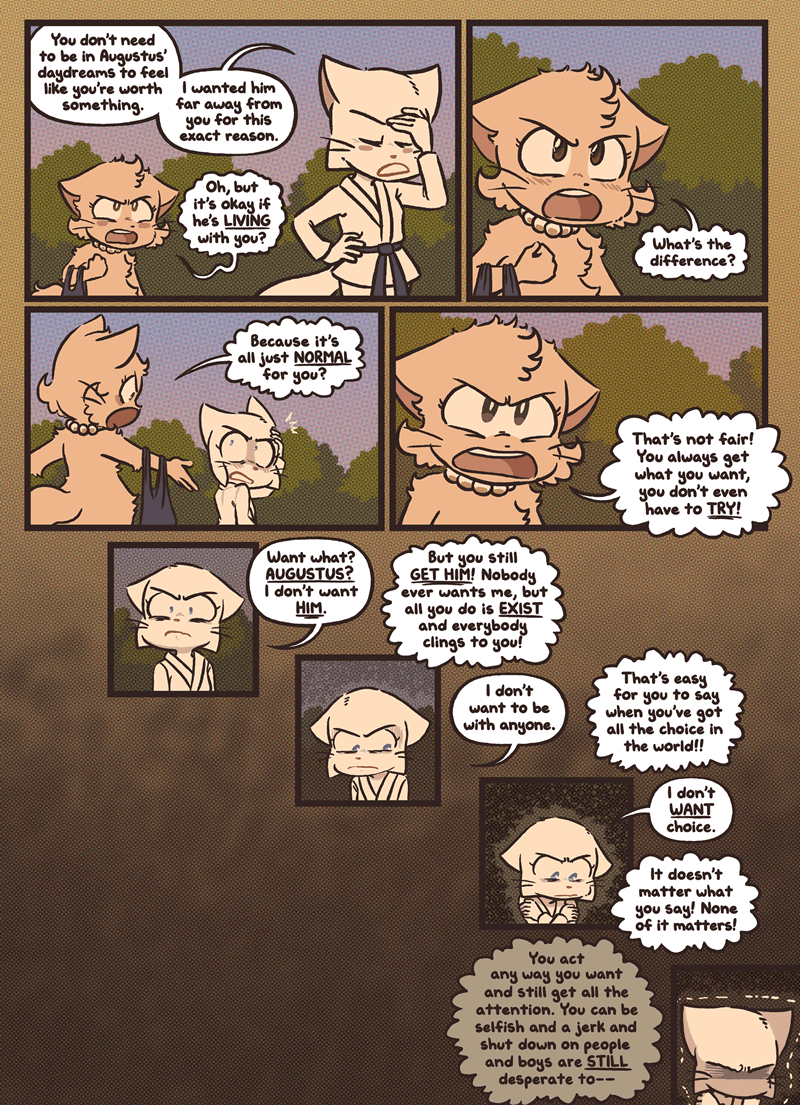 oh no I can’t watch Lucy get hurt like this
there’s gotta be something really fucked up about coming back from a suicide attempt and trying to get back to normal only for someone who’s jealous of you (that you TRIED to help) to accuse you of having it way too good
I get the sense that Lucy’s pretty stable now but still v guarded and trying not to snap in front of people and I just don’t want her to be pushed like this
at least if things get bad and she explodes and nobody gets it she’ll have Augustus to talk to right? >:VVV
I just don’t like this aaaaa and I hope after this she doesn’t waste so much time figuring out how daisy feels when the effort clearly isn’t mutual

Yea Daisy is kind of going way too far here. I get she feels bad about shit with her own life but taking it out on Lucy isn’t cool, especially since, even disregarding the fact that Lucy you know, attempted suicide, Lucy’s being fairly reasonable and calm and trying to tell Daisy that it’s not like that with Augustus and shit, and Daisy’s just… yea.
Daisy always has frustrated me because she’s so BLIND to things with Paulo and Abbey, even now that she’s broken up with Abbey. And right now she’s centering the idea of Augustus staying with Lucy as Augustus wanting her when there’s plenty of other reasons why that might be happening, but she never even questions why, she immediately jumps to “Augustus likes Lucy.” I don’t hate Daisy, because I understand why she’s the way she is and somewhat relate to her (similar insecurities but manifesting in different ways) but good golly, girl, you are just… Mmmmmboy I wanna whack you upside the head sometimes.

im REALLY digging the expressions in this chapter, here are some of my faves