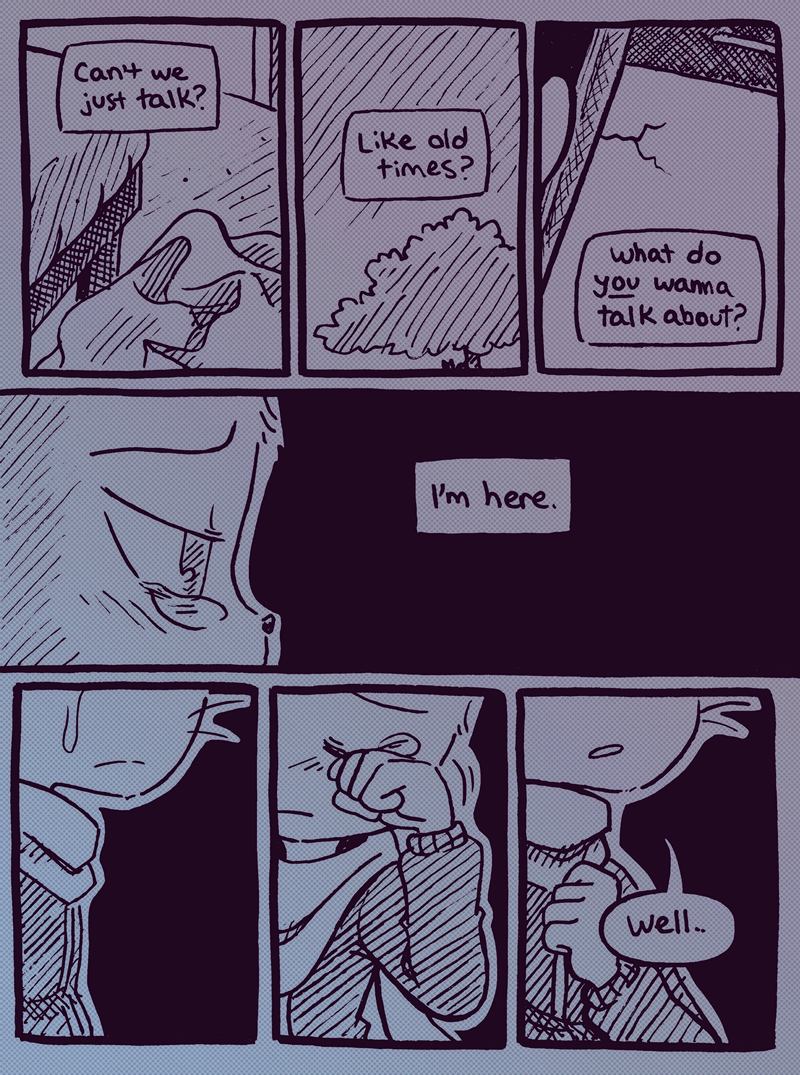 What does he want to talk about??

Soooooooo they are having conversations now but not actually talking about important things, right?

spit it out boy

Mike: Which did you like better? Jedi or The Empire Strikes Back?

Sandy: Empire had the better ending. Luke loses his hand and finds out Vader is his father. Han is frozen and captured by Boba Fett. It ends on such a down note. Just like in real life. All Jedi had was a bunch of Muppets.

The parallel Sandy hits with what Mike said to Lucy just before this really hits.

Mike, you didn't learn a thing