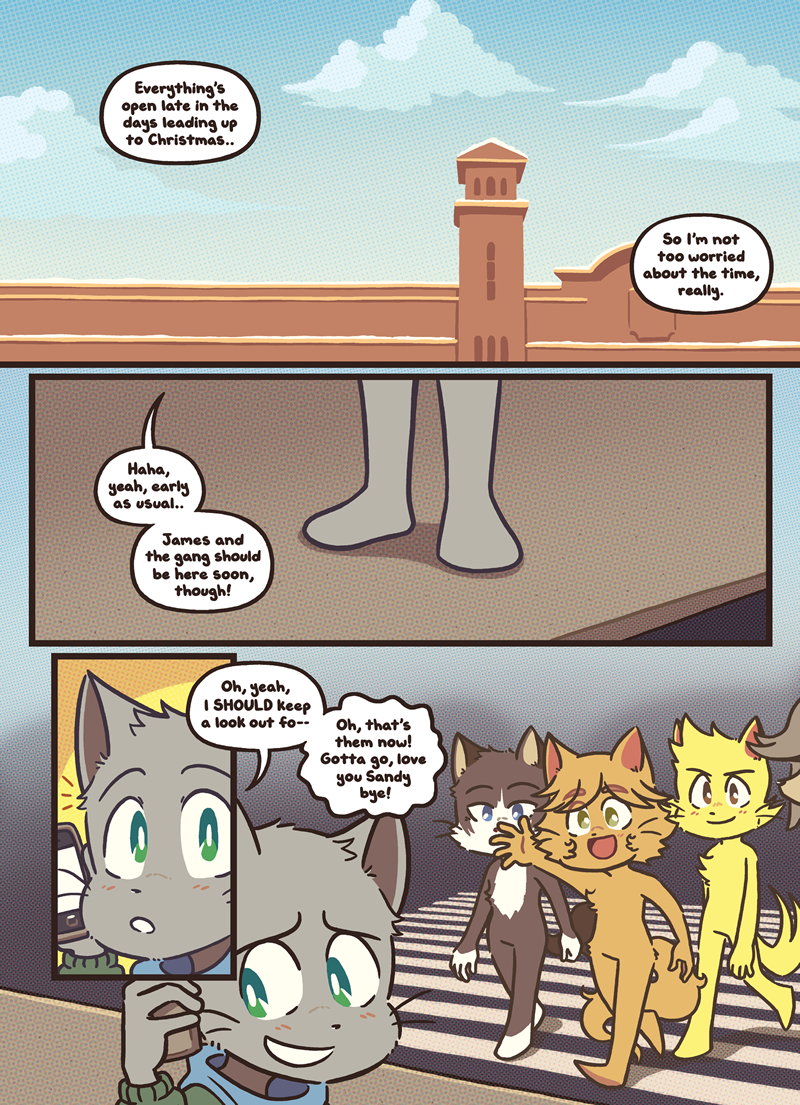 It’s time for a new chapter!!

It is going to be lots of fun and will definitely not be a gigantic challenge for me because I struggle so much with backgrounds but the boys are going to the MALLLLLLLLLLLLL :)

why do i do this to myself

Is he going to get a new perspective from his new friends?

Ok, speak to you later. Gotta go on a date with my new stalker/lover. Bye

aw he got friends again

Well, he got a new friend group. Hopefully this works out for him.

Not saying he won't hang woth the others but that it'll be good for him to have a fresh start. Same with Lucy and Abbey ginding other friends outside the main group as well.

I wonder how Paulo feels about James now.

Should be concerned about him and sandy...but too busy gawking at the new cat boys.

Link Play, hmm.. 🤔 Video games can be linked together so maybe Mike will buy a gaming system with his new friends in this chapter. JK lol

That would actually be a pretty big step! I don't think Mike has actually played a video game since, "December," almost a whole year at this point, (feel free to correct me) because Sandy saw it as a childish activity. After everything that's happened so far, it'd be really nice to see Mike starting to do the things HE likes again without worrying about what Sandy would think.

The boys are back in town