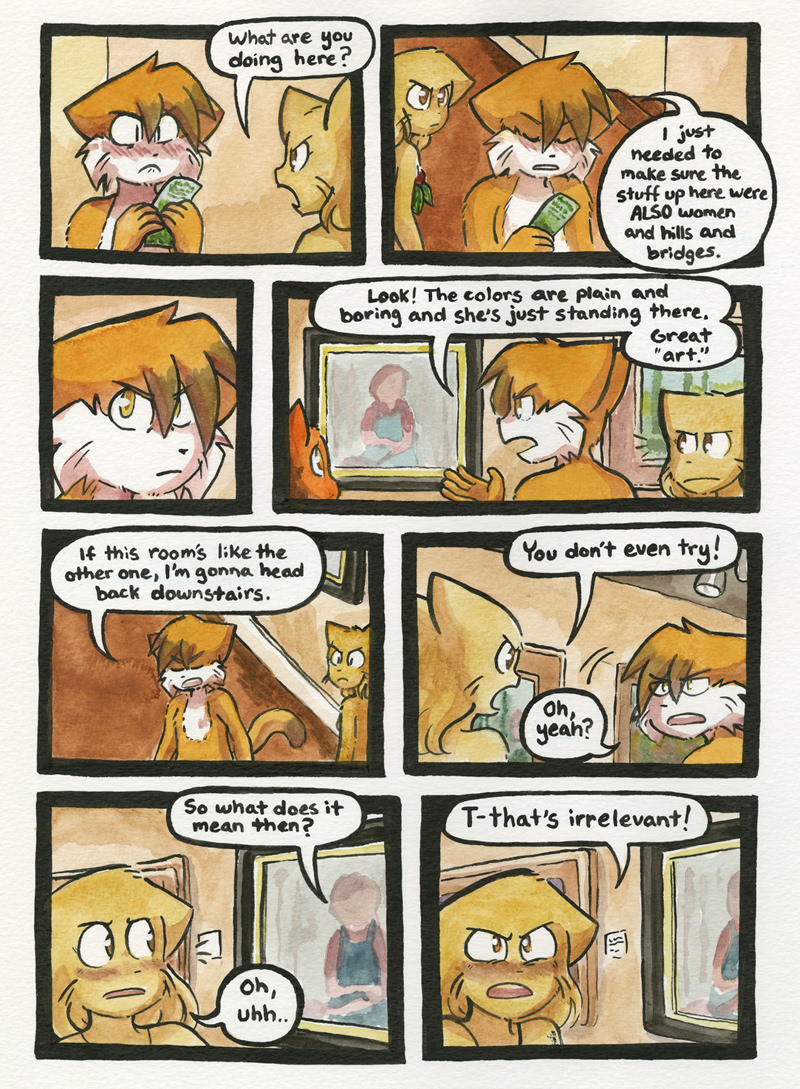 Veronica: SEE I GOT A PAMPHLET AND EVERYTHING I’M SMART

Doesn’t even try? He just decided to go against his own thoughts on the matter, even after you all ridiculed him behind his back, simply to go up and be there with his friends. It certainly seems to me that he’s “trying”, if only to assure he’s not excluded from the group. Besides, Sue doesn’t seem to think much of the art anyway, she simply believes that she should be able to criticize the art work in the museum because of how smart she is; but theres a difference between being naturally intelligent and being able to perceive what a piece of art means to you, mainly because of disinterest in art whatsoever. I think Sue really doesn’t care much for art but wants to be one of the more intellectual persons in the group, so as to avoid seeming like Paulo. But hey, ‘least she’s “trying”.

Panel 7: The painting is talking.