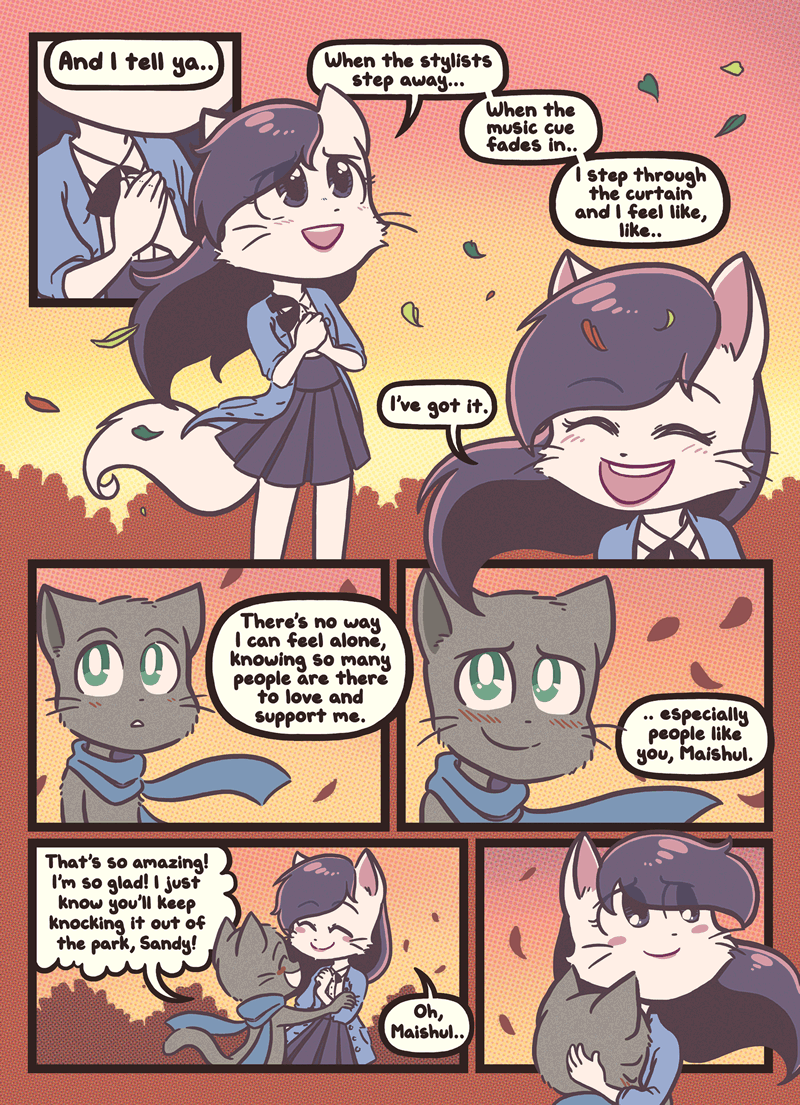 Veronica: It’s nice to be happy with what you do

WHY SHE LOOK AWAY

Every time Mike seems to want to bring up the subject with her, she seems to be distracting him through some way or another. I’m not sure if she’s intentionally trying to be manipulative or not but she definitely seems to be a contrast to Lucy, not in a really good way either.
Lucy was violent, attached herself to people due to insecurity, but she was still open with people to some degree and even willing to stick up for others.
Sandy’s not violent, but she attaches to people mostly for convenience, and she can pretty much go from months to years without needing to contact anyone unless she’s the one having a problem. That’s not to say she wasn’t concerned about Mike when he was having the Lucy problem, but after he was no longer friends with her, it seemed Sandy was really content to the point that she mostly bails on their conversations now.

it would’ve really been sweet if it was just “especially you, maishul” like dang that would’ve been right in the feels

@Taeshi is Mike really so much shorter than Sandy or is she so happy she’s floating? http://bcb.cat/c94/p30.html. Cats cats.